Phosphatidyl Serine is a phospholipid compound derived from soy lecithin that plays an important role in cell membrane composition and intercellular communication. This product is advertised as an effective cognitive enhancer.
Many manufacturers are using phosphatidylserine in their formulations, but during this review, we are going to focus on the supplement manufactured by NOW Foods. The company was founded in 1968, and it claims to be one of the top-selling brands in health foods stores.
The manufacturer claims that this product is an award winner formulation. However, there is little information offered.
Phosphatidyl Serine does not appear to be offered with a return or money back guarantee policy. However, some retailers may offer such features. It is advised to check their offer before making a purchase carefully.

2) What Does Phosphatidyl Serine Do?

Phosphatidylserine is the key ingredient in this formulation. The substance has been demonstrated to speed up recovery, improve well-being, prevent muscle soreness, and may possess certain properties in athletes. According to several studies, phosphatidylserine may be effective in reducing exercise-induced stress.

While phosphatidylserine is advertised as a cognitive enhancer, there is little evidence to support this statement. An FDA-supported study concluded that there is not significant scientific agreement among qualified experts that a relationship exists between phosphatidylserine and reduced risk of dementia or cognitive dysfunction.

FDA did, however, give “qualified health claim” status to phosphatidylserine, stating that the consumption of this substance may reduce the risk of dementia in the elderly.

There are testimonials about Phosphatidyl Serine posted online. What is being reported includes:

3) How Much Does Phosphatidyl Serine Cost?

This product can be purchased from numerous online and offline retailers. Some retailers may offer discounts, free shipping and even free samples for larger purchases.

Phosphatidyl Serine has received numerous positive reviews and testimonials. Many consumers are reporting excellent results within days. Also, the company behind this supplement is a company with a good reputation among its customers. All these are encouraging.

However, we need to point out that phosphatidylserine still is under severe clinical research and the information we have now is far from conclusive. 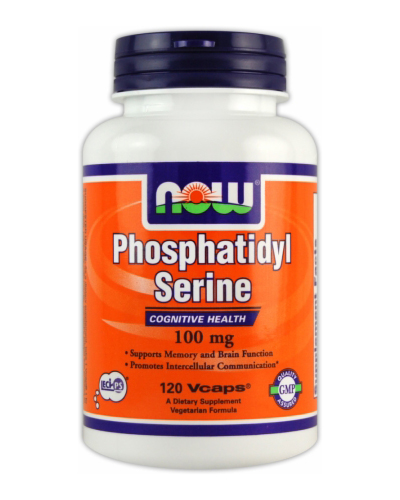 This does work if you follow the instructions, but if you can find this without additives and try finding one with 500mgs, you’ll see faster results.Now, is one of the better companies out there, but still shop around (just like momma said)

This was recommended to us by a friend who knew my husband was quite disturbed by memory lapses. We both started on it and I’m back today for a reorder. This is good stuff. Yes, it helps memory and yes it evens out moods. Whatever it’s doing works, with no side effects and no drugged feeling at all. It just sort of quietly goes to work inside and you gradually start to feel better. I’m wondering if anyone has tried this for bi-polar problems…..

his seems to help with my Mother’s Alzheimers, she is more alert and cognizant yet still calm. I notice a difference if she doesn’t take it. I’ll continue buying it for her. Super fast free shipping and a great price.