Sleep Aid is a water based spray which purports to relieve symptoms of sleeplessness such as nervousness and exhaustion. It’s distributed by company KingBio, a company from Asheville, North Carolina. They say their mission is, among other things, “to achieve the trust and respect of our customers and uphold the best product quality.” The company was founded in 1989 by a Chiropractic and Naturopathic Doctor, and they sell dozens of homeopathic products. The name of this product is a bit self explanatory – anyone with trouble falling asleep may be interested in it.

Ingredients include purified water, Aesculus hippocastanum flos, Arsenicum album, Belladonna, Passiflora incarnata, and 10 other ingredients. According to a popular homeopathy guide, Arsenicum album (a dilution of the toxic substance arsenic trioxide) is one of the most important remedies, and might reduce anxiety. It could also impact cancer cells.

As a homeopathic product, each spray will mostly be water. There are 14 HPUS active ingredients: Avena sativa, Camphora, Cinchona officinalis, Ignatia amara, Valeriana officinalis, and more. Avena sativa means oats. It’s a common cereal, thought to be very healthy, and is often fed to livestock. Unreliable sources say Avena sativa can increase sex drive, boost heart health, reduce inflammation, have a sedative effect, plus other benefits. There are few scientific studies espousing Avena sativa as a medicine and some research on its alleged benefits is contradictory. It’s probably better as a food than anything else.

Camphora usually refers to the chemical Camphor, or its source, the evergreen tree Cinnamomum camphora. Medically, camphor has a variety of uses. In ancient Sumatra it was used to treat sprains, swellings, and inflammation. In ancient India it was used against fevers. In modern times it’s used as a mild local anesthetic with antimicrobial properties, plus as a decongestant and cough suppressant. In those cases it’s often combined with menthol in vapor-steam products. It’s toxic in large doses, so the FDA limits the amount of camphor allowed in products. It’s not clear why camphor would be used in a sleep aid.

6) How Much Does Sleep Aid Cost?

It comes in bottles of 2 ounces. The directions say to use 9 sprays a day (3 sprays three times a day) so it’s not clear how long this will last. If Sleep Aid lasts longer than a month, then it’s about an average price. All KingBio products do come with a 90 day money back guarantee, which may or may not include shipping costs. There aren’t commonly sales or coupons, but you might be able to also find this item in stores for a lower price. Shipping is usually fast, within 2 to 3 days. KingBio has a Canadian subsidiary if you don’t live in the United States.

The Atropa belladonna plant (known as Belladonna or deadly nightshade) is famous because of its use in creating poisons. It’s found all over the world and has unpredictable effects on people. The various toxins in the foliage and berries can cause a bizarre delirium, hallucinations, and/or death. Historically, belladonna has also been used as a surgical anesthetic and cosmetic ingredient. It’s better known as an ingredient in poison-tipped arrows. Belladonna is said to be “one of the most toxic plants found in the Eastern Hemisphere.” Roots and leaves tend to contain the most toxins, but this varies by location. A few berries eaten by a healthy adult can cause hallucinations and distorted perception, and a dozen berries is usually lethal. Belladonna powder can be used in small doses as an herbal medicine. Traditional medicine has used it as a pain reliever, muscle relaxer, and anti-inflammatory. Most scientific research says that natural forms of belladonna aren’t effective. Versions which use its purified components exist in some prescription medicines and sleep aids. In homeopathy, belladonna is usually diluted to the 30C level. However, a “30C dilution” usually means there is no molecular trace of the original substance.

8) Our Verdict on Sleep Aid

It’s not clear if Sleep Aid will work for everyone, but it could potentially work for some. Homeopathy in general is considered highly unreliable. Such medicines are rarely considered medicines. The entire concept of this type of homeopathy is to dilute toxic substances in water until you can’t find any traces of those substances. This leaves you with water, and water by itself can’t cure anything except dehydration. However, some people do claim they get results from certain homeopathic products. You can try something like Sleep Aid to see if it works. There’s a small chance it could. 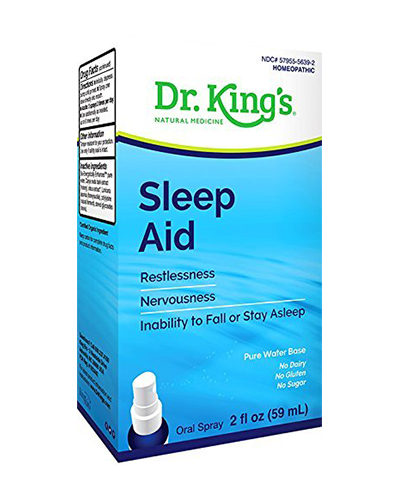 Sleep Aid is potentially useful for some people. It doesn't contain significant amounts of active ingredients, which is probably for the best since most of its ingredients are toxic in larger amounts. Being primarily purified water means Sleep Aid is considered safe for most people to use. There aren't any customer reviews or testimonials on the product page. This makes it difficult to judge the effectiveness and desirability of the product. Most homeopathic products have limited effectiveness at best, so your best option is often to try the product yourself, to see if it has positive results for you.