Intuniv (brand name) is a once-daily, extended-release formulation of guanfacine hydrochloride (HCl).[1] This prescription medication is usually indicated for the treatment of attention deficit disorder (ADD) and attention deficit hyperactivity disorder (ADHD) in adolescents and children who are at least six years old, as monotherapy and as adjunctive treatment to stimulant medications.[2] 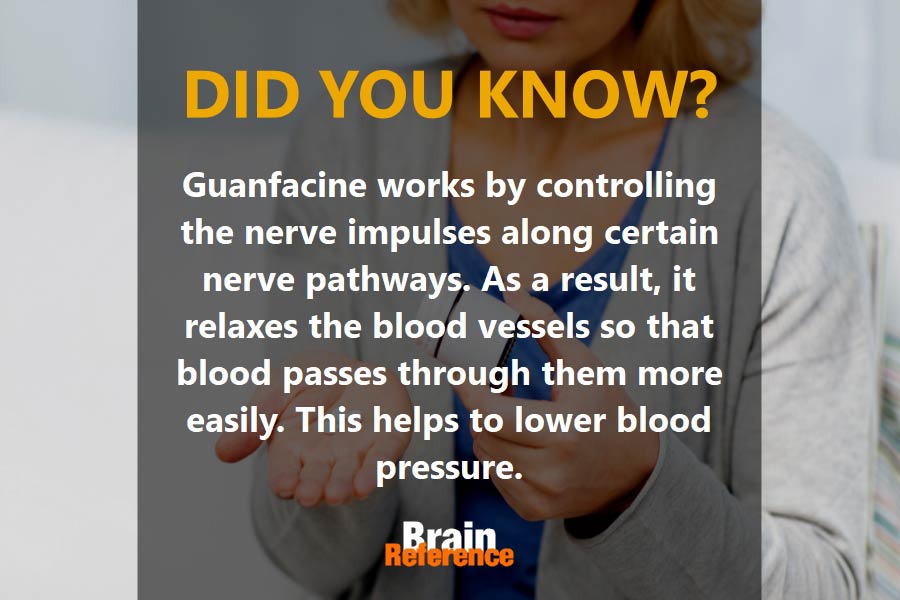 Intuniv (Guanfacine) is a central alpha2A-adrenergic receptor agonist that is thought to address significant areas of impairment and ADHD symptoms such as emotional sensitivity, hyperarousal, rejection sensitivity, and social aggression that are not treated by stimulant medications.[3]

Thus, non-stimulant medications like Intuniv sometimes help patients with ADHD who can’t take or don’t experience benefits from stimulants. The alpha agonists treat the impairments that stimulants do not treat well by lowering the adrenaline side of the nervous system so that its level is the same as a person who does not have ADHD.

2) How Did Sandoz Start?

The FDA first approved Guanfacine hydrochloride for treating ADHD in 1986 under the brand name Tenex.[4] In 2010, the substance was approved by the FDA to treat ADHD for patients 6–17 years old.

Intuniv is made by Sandoz, a division of the Novartis Group and a global leader in generic pharmaceuticals and biosimilars.[8]

Guanfacine hydrochloride is prescribed alone or with stimulants to treat individuals with ADD/ADHD, and high blood pressure.[9][10] The substance has also been analyzed as a potential treatment for posttraumatic stress disorder (PTSD).

While proof of efficacy in adults is insufficient, one clinical trial found good results in children with comorbid ADHD.[11] Regardless of the lack of clinical evidence, guanfacine hydrochloride may still be prescribed in adult PTSD patients who do not respond to SSRIs.[12] 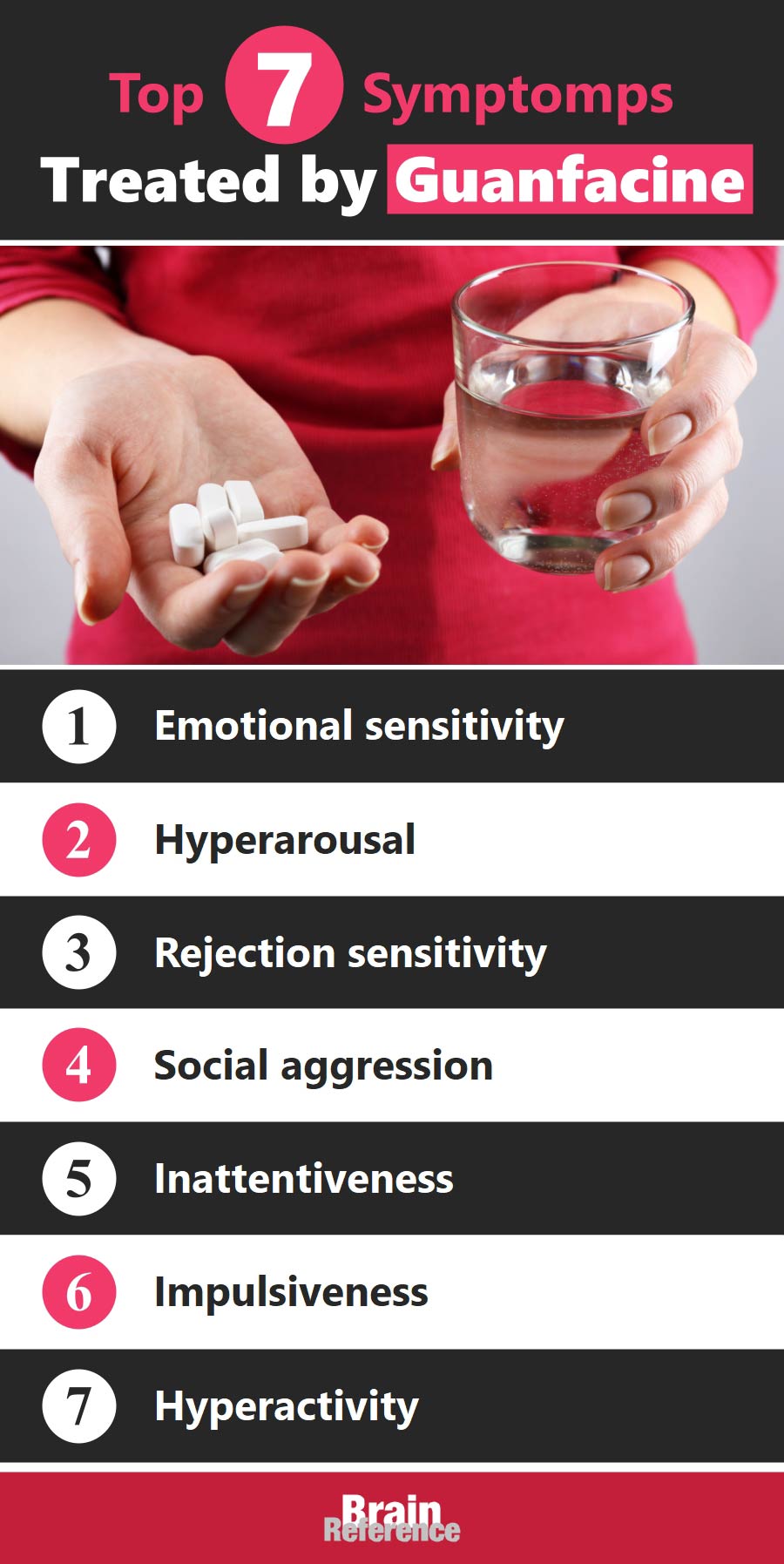 As with most prescription medications, numerous safety and efficacy studies have been conducted on this product. Some of the most relevant clinical studies include:

As with all prescription drugs, Intuniv (Guanfacine) is also associated with a wide range of potential adverse effects.[16][17][18]

Common side effects of Intuniv may include:

Rare but more dangerous side effects may include:

7) What You Need to Know Before Taking Intuniv

Using Intuniv (Guanfacine) with any of the following prescription drugs is not recommended. Your physician may choose not to prescribe you with this medication or change some of the other medicines you take.

8) Where to Buy Intuniv?

As a prescription medication, Intuniv is available for purchase in most drugstores across the United States. Some online pharmacies (i.e., PharmStore, DrugSmart, PharmaLive, PlanetDrugDirect) may also offer free shipping worldwide.

Prices below are for cash paying buyers only and are not accurate with insurance plans.

This means that adults and parents, in general, have a lot more alternatives than ever when it comes to treatments for ADD/ADHD. However, it also means that the overabundance of medication choices can be time-consuming, bewildering, and overwhelming, to sort through when you’re trying to design your ideal treatment plan.

However, despite many prescriptions claiming to help relieve ADD/ADHD symptoms, there are only two non-stimulant drugs approved by the FDA to treat ADD/ADHD in adults.

Strattera (generic: Atomoxetine Hydrochloride) is an alternative to the stimulant ADHD medications most commonly prescribed to treat symptoms of attention deficit disorder (ADD) and attention deficit hyperactivity disorder (ADHD) in children ages 6-12, adolescents, and adults.[19] It is a selective norepinephrine reuptake inhibitor (SNRI) drug. Strattera is not classified as a controlled substance by the Drug Enforcement Agency (DEA).[20][21]

Wellbutrin is another potential alternative to Intuniv. Wellbutrin (generic: Bupropion HCL) is an antidepressant medication primarily used to treat depression, major depressive disorder, and seasonal affective disorder in adults. Wellbutrin has been neither studied nor approved to treat attention deficit hyperactivity disorder (ADHD).

Physicians sometimes prescribe it “off-label” to treat symptoms. However, the clinical evidence for bupropion for ADHD “far weaker” than for FDA-approved treatments, according to the American Academy of Child & Adolescent Psychiatry.[23]

Intuniv should be taken as a tablet by mouth. Unlike other similar prescriptions, the tablets shouldn’t be broken, chewed, or crushed before swallowing. The typical starting dose for a child is 1 milligram (mg) once per day.

13) What Users Are Saying

"I have a 9 yr old HF autistic that is mixed with some ADD and ODD. He used to have massive meltdowns at school to the point he was harming himself and whoever was in the way. " [Read full review]

"My son has anxiety and mild ADHD. He had about three months on Ritalin and Concerta, and after coming off it, I know he is far worse than he was before. Intuniv is a better option for him and helps him when struggling to focus at school. He is also on Lexapro for anxiety. " [Read full review]

"So far, so good. My 14 year old just started this drug. He has ADD and has had significant setbacks in life because of it." [Read full review]

Because Intuniv is one of the few non-stimulant medications for ADD/ADHD, it may be a particularly good alternative if your child hasn’t been able to tolerate other stimulants because of side effects, he’s current prescription simply isn’t working well, or if you have been wary of putting your child on a stimulant.

As with other similar drugs (i.e., Tenex), we may also see Intuniv used to treat children with sleep problems, ADD/ADHD and tics, or aggression, either by itself or with a stimulant. 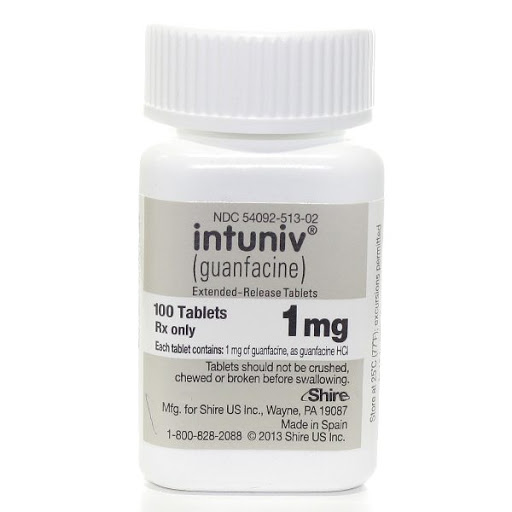 Customers Questions and Answers with Intuniv

Intuniv contains one active ingredient in the form of guanfacine hydrochloride.

Intuniv (generic: Guanfacine) is a central alpha2A-adrenergic receptor agonist that is thought to address significant areas of impairment and ADHD symptoms such as emotional sensitivity, hyperarousal, rejection sensitivity, and social aggression that are not treated by stimulant medications.

Q:
What are the side efects of taking Intuniv?
A:

Q:
Where can I buy Intuniv?
A:

Q:
How much does Intuniv cost?
A:

Q:
How can Intuniv help me improve my cognitive health?
A:

There are a few benefits of using Intuniv over other similar prescription medications. The non-stimulant aspect of this drug is one of its significant benefits. Furthermore, Intuniv is not a controlled substance, which can make getting refills easier for parents.

Intuniv was not formulated as a brain-support supplement to enhance brain functions. Guanfacine is a central alpha2A-adrenergic receptor agonist that is thought to address significant areas of impairment and ADHD symptoms.

Q:
Does Intuniv work better if taken in conjunction with other supplements?
A:

Please note that many other prescription medications may affect the way Intuniv works. The drug could also affect other medicines. It's imperative to let your physician know about everything you are taking before starting a treatment with this prescription drug. Potential dangerous interactions include any over-the-counter (OTC) medications, herbs, dietary supplements, and illegal drugs.

Q:
Is Intuniv recommended for children?
A:

Yes, Intuniv (Guanfacine) can be prescribed to children.

Q:
Are there any dangerous ingredients in Intuniv?
A:

Intuniv contains guanfacine hydrochloride, a substance that has been studied across multiple clinical trials and shown to cause mild, moderate, and, in rare cases, severe adverse effects in some patients.

Q:
How do I know if Intuniv is right for me?
A:

You should not be taking Intuniv unless it was prescribed to you by a medical doctor.

Q:
Is Intuniv recommended for pregnant or nursing women?
A:

Intuniv is a US FDA pregnancy category B prescription drug. That means that animal reproduction studies have failed to show a clear risk to the fetus, and there are no well-controlled, proper studies in pregnant women. However, we advise caution when taking Intuniv while pregnant or nursing. Please consult with your medical doctor before starting a treatment with this medicine or any other prescription drug.

Q:
How much Intuniv should I take a day?
A:

Intuniv should be taken as a tablet by mouth. Unlike with other similar prescriptions, the tablets shouldn't be broken, chewed, or crushed before swallowing. The typical starting dose for a child is 1 milligram (mg) once per day.

Q:
How do I contact Intuniv customer service?
A:

Q:
Can I return Intuniv?
A:

As Intuniv is a prescription medication, please discuss any possible returns or refunds with the doctor who prescribed it.

Q:
What are the most common complaints about Intuniv?
A:

Most complaints gravitate around Intuniv's side effects, the many drug negative interactions, and the lack of results in some cases.

Q:
What other people say about Intuniv?
A:

Intuniv's reviews are mostly neutral. On drugs.com (the leading authority for prescription drugs information), this prescription medicine has an average rating of 6.3 out of 10 (ADHD).

Q:
Who is the company behind Intuniv?
A:

For the United States market, Intuniv is made by Sandoz.

I’m a 36-year-old male who has been diagnosed with ADHD since childhood. I’ve been taking Adderall XR 15 and Adderall IR 10 for about 2 years with decent success. I felt as though I was in a stressed out/anxiety mentality so I talked to my Dr. and he prescribed me guanfacine 1mg as a supplement to calm my mind a little. Just to add for reference, as a younger man, I self-medicated with all types of drugs and psychedelics, and not one of those experiences I had compared to the effects of this drug. The first couple of days I was just kind of tired but felt ok overall. On the third and fourth days, I felt amazing.

That’s when the bottom fell out. I could not sleep for several days, heart rate increased with arrhythmia, disassociation, lightheadedness, and essentially hallucination. My wife ended up taking me to the ER after I nearly collapsed going to the restroom one night. Of course, all of my tests came back negative with the exception of an abnormal EKG.

The nurse administered an IV of 2mg Ativan just so I could get some sleep. It has taken me several days to get back to feeling like I’m not losing my mind. I’ve heard it works for some but be intently observant if you know someone taking this garbage. The only positive that I received from this, was visiting a cardiologist who said I may have some apnea issues. I can’t prove the guanfacine induced this or amplified the response, but I’m inclined to stay far far away from this medication.

Title for your comment
Serious complications with this medication
Have you tried this product?
Yes
Reply