Ginsana is a nutritional formulation advertised as a proven safe and effective product in increasing the levels of energy and improving oxygen uptake. The supplement is created by a small Florida based company called Alan James Group. Unfortunately, we could not find any official information about this manufacturer (location of manufacturing facilities, compliance with GMP regulations, range of supplements, active ingredients origin, etc.). Thus, any existing information from third-party sources about the producer should be considered with a certain degree of precaution.

This product is claimed to be a natural formulation, effective in raising energy levels, increasing endurance, and reducing fatigue which is beneficial for the general well-being of those who use it on a regular basis. The product’s distinctive feature is the next-generation standardized extract of Ginseng listed as the active ingredient. The herbal extract is standardized to contain 4% Ginsenosides, the chemicals that are thought to be responsible for the plant’s multiple therapeutic benefits.

The supplement is advertised as free of sugar, caffeine or artificial stimulants. It is suitable only for adults affected by the fast-paced rhythm of life who want to benefits from the Ginsana energy enhancing effects. Ginsana is promoted as based on scientific evidence suggesting that the effectiveness is potentiated by continuous daily use. The formulation is claimed to work gradually, so the benefits may not be observed in people who use such a product temporary or on irregular base.

Ginsana ingredients list features a standardized extract of Panax Ginsengis, a plant that belongs to the Panax genus. Supplements based on the properties of this plant are very popular at the moment. This may be due to the fact that the plant has a very potent action and a reduced number of side effects. Some of the most common uses of this plant are in boosting energy, promoting healthy blood sugar and cholesterol levels, reducing symptoms associated with stress by promoting calmness, and treating sexual dysfunction in men. Extracts from this plant have been used for thousands of years in the Asian medicine where the plant was considered a very powerful rejuvenator and used in a broad spectrum of affections.

The chemicals believed to produce actual benefits in humans are called Ginsenoides that include several groups of saponin complexes, namely: the Rb1 group formed of Rb1mRb2, Rc and Rd and the Rg1 group formed of Rg1,Re, Rf, and Rg2. Each of these compounds seems to have a specific function. Rb1 base been shown in animal trials to affect the levels of testosterone, Rc is believed to possess predominantly sedative properties, Rg1 acts as an anti-oxidant, while Rg2 is beneficial in protecting the brain against memory impairment. These chemicals have been scientifically researched and shown to also have a high degree of bio-availability.

Ginsana side effects are claimed as reduced in severity if the suggested dose is not exceeded. Mild allergic skin reactions have been reported. In case of overdosing with such a supplement, it is highly recommended to seek the help of a specialized healthcare professional. Ginsana reviews are only available on a reduced number of web pages (dietary supplements retailers). The official page of the manufacturer could not be identified.

2) Details on Ginsana Ingredients and Uses

5) How Much Does Ginsana Cost?

Ginsana is available in 60, 105, and 150 count size soft gels. The recommended dosage is two soft gels per day. This is an inexpensive supplement which can be purchased from several online and offline retailers. The overall price may vary from one retailer to another. If you choose to place your order online, please take into consideration the shipping costs as well.

The recommended dose is 2 softgels per day.

7) Our Verdict on Ginsana

Ginsana dietary supplement is based on the beneficial effects of a single substance extracted from a traditional medicinal plant. Several other supplements bearing the same name are currently produced by other manufacturers. While this formula does not benefit from an official page to describe its complete list of benefits, interactions and mechanism of action, some of the competitor’s formulation are highly advertised in the online environment.

The formula has received generally positive reviews on several online stores. The formula is reported to have helped consumer increase their physical endurance, stamina, energy, ability to focus, mental clarity and alertness, and the overall sense of well-being. There are some consumers who also compliment the easy to swallow softgel form, and others who claim to have used it for years due to the numerous improvements in overall health.

Based on the available information consumers who ask themselves whether to buy Ginsana or not should base their choice on their own medical history and/or personal experience with dietary supplements, but most importantly on the advice of an informed physician. 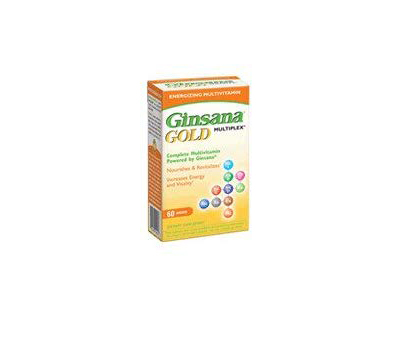 clear
Q:
What does Ginsana contain?
A:

Q:
What is Ginsana supplement?
A:

As the name suggests, Ginsana is a formula based on Ginseng extract and is manufactured by Alan James Group. Ginsana is a product meant for adults who have low energy levels and want to overcome tiredness and fatigue. Also, the formula is presented as improving energy levels on the long term, not just for the short term. The herbal mixture is supposed to offer support to the immune system and help when it comes to recovery time. Ginsana ingredients features Panax Ginseng as core ingredient, plus a proprietary herbal blend of Schisandra and Eleuthero Root (known as Siberian). Ginsana reviews from consumers are generally positive and consumers praise the effectiveness and fast acting properties of the formula. Ginsana side effects may include mild allergic reactions.

Ginsana reviews and testimonials are positive, which is always a good sign and an indicator of the formula's good quality. Many consumers have reported fast, positive results and this is an encouraging thing. The manufacturer does a good job in promoting its product by offering useful information regarding the ingredients, the overall formulas and several studies to support its claims.

The overall price per soft gel is another thing that recommends Ginsana as a good deal. This is one of the cheapest supplements of its type. The Ginsana ingredients list features Ginseng, a plant touted as an excellent energy source and featured in numerous energy boosting products (drinks, dietary supplements, etc.to further research)

All in one, this may be a good solution for those who are seeking an affordable and natural product to increase energy and overall cognitive function. However, we to research further into this product before making a final decision.