0 User Comments
Evidence Based This BrainReference content is medically reviewed or fact checked to ensure factually accurate information. Click for more info. | Synopsis | Ingredients | Claims | Contraindications | How To Use | Verdict | Alternatives to Demivolve

Demivolve is a mind-enhancing and dietary supplement that consists of combinations of powerful and natural ingredients that boost brain performance and body connectivity. The company that manufactured Demivolve is Awakened Minds Supplements, a Florida-based company that is involved in producing different dietary and brain enhancing drugs to boost brain power.

Demivolve symbiotically believed to contain a combination of 8 natural ancient herb extracts that have been used traditionally to improve brain functions. The manufacturer claims that the supplement is an effective formula with active and natural ingredients that combine to boost brain performance and as well as enhancing body connectivity. It is advertised to be safe as a result of its ingredients composition used to produce it.

Demivolve has been serving the users for a long time, and there hasn’t been a record of negative results as claimed by the company. According to the manufacturer, the supplement helps you to connect with your inner brain power, aids you in acquiring concentration, confidence, and focus. Though the claims have not been confirmed by the Food and Drug Administration (FDA), however, it promises to give the best result in enhancing body connectivity and cognitive functioning.

Demivolve has found itself relevant among learned and academicians to boost their cognitive power and concentration. The supplement can be bought online and off the shelf with the assurance of being safe without any adverse effects if taken as recommended.

Demivolve comprises of effective ingredients that perform various function in the overall body system. These ingredients combined to keep you alerted, manage your moods and help in focusing on handling any forms of stress that may occur in your daily activities. It also builds confidence as well as help in concentration to keep you in charge of the situation.

The ingredients in the formula are claimed to be 100% vegan-friendly as Demivolve’s supplement is made from vegetable cellulose extraction with other additional powerful ingredients to offer different functions in the body. Demivolve’s ingredients such as eleuthero extract, Gotu kola extract, Ginkgo biloba leaf extract, ashwagandha extract, and lot more are listed on the supplement container, but the manufacturer did not go into full detail concerning the benefits of each. However, it was gathered that most of these ingredients enhance smooth blood flow to promote health, alertness, good memory, concentration, smooth sleep and overall brain functioning.

Demivolve is known to be safe without any adverse effects. The manufacturer does not specify the actual dosage for the supplement; however, users should pay attention to each of the ingredients prior using large dosage as each ingredient of Demivolve (just like other supplements) is characterized by its side effects.

This supplement is not meant for pregnant or nursing women and not to be taken with alcohol or person under 18 years of age.

Demivolve has been discovered to be the magic behind brain functioning and overall body connectivity. Just like it is advertised, it is a perfect match for everyone to boost brain energy since brain is the engine that coordinates all other body organs.

However, regardless of the manufacturer’s claims, caution should be made in taking the supplement as it may not be a perfect match for everyone and may not work perfectly as described. The details about the ingredient that are not revealed is of great concerned, but the presence of Bacopa gives the formula a boost to be effective as advertised. Though there has been no record of side effect of Demivolve, yet you are advised to avoid taking under or overdose that may have adverse effects on your health. 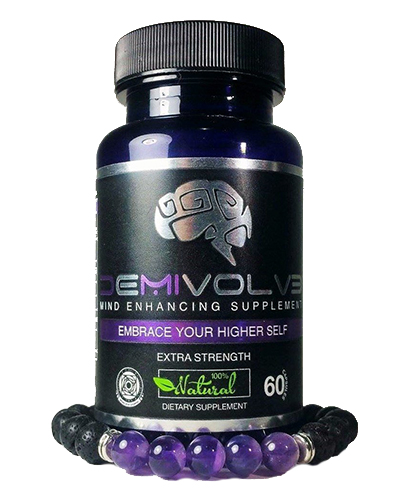