Clozapine (also known as Clozaril) is a type of medication that is marketed to reduce the symptoms of schizophrenia. This product is Novartis Pharmaceuticals, a pharmaceutical company with an excellent reputation, which is located in Switzerland.

The company has multiple offices around the world.

This is a potent medication that a doctor may only consider when other forms of treatment for schizophrenia have failed to work. Careful evaluation must be done to determine if someone is a good candidate for this type of medication.

In some situations, patients may receive a sample of the drug to determine how well they will respond to it.

Clozapine is a prescription drug, and it cannot be purchased without a prescription. It is incredibly powerful, and it is strongly recommended it not take it without medical supervision.

2) What Does Clozapine Do?

Clozapine falls into a prescription drug category known as antipsychotics. This product is stated to work by blocking specific receptors in the brain so that particular nerve cells can no longer communicate with each other.

However, balancing the chemical levels in the brain is a very complex process. Patients may react differently to such treatment.

The right dose for this treatment is determinate by your doctor alone. It may take several visits to the doctor for the right amount of Clozapine to be determined. The doctor will initialize the treatment with a low dose and then make adjustments as needed.

Please note that this is a slow-acting drug, and it may take several weeks for this medication to start working.

Like all other prescription drugs, this product has been associated with some side effects, including higher saliva, tremors, headaches, and fever. Some more severe side effects may occur in some patients: changes in heart rate, drop in white blood cell count, or lower than normal blood pressure.

Individuals with a history of seizures or heart problems shouldn’t use Clozapine. It shouldn’t be used by women who are pregnant or nursing. Avoid consuming alcohol while taking this medication, or the side effects may become even more severe.

Users should be aware that the risk of diabetes and significant weight gain increase with this medication.

3) How Much Does Clozapine Cost?

Clozapine is a generic brand of other forms of medications (Clorazil, FazaClo, and Leponex). The fact that it is a generic version means that it is going to be less expensive.

This medication can be costly, so it is a good idea to consider government programs or discount prescription offers that can help lower the treatment’s overall costs.

4) Our Final Take On Clozapine

This drug is usually used as a last resort in patients who have not responded to other antipsychotic treatments due to its danger of causing agranulocytosis and the costs of having to have blood tests continually during treatment.

Since it was introduced in 1961, Clozapine was under ongoing clinical trials. In 2002, the drug received FDA approval after showing positive results in independent clinical researches. Many scientists believe Clozapine is exceptionally useful in treating the symptoms of schizophrenia.

However, due to the dangerous side effects, this product is associated with, Clozapine must only be taken under close supervision. It is, however, one of the very effective antipsychotic treatment choices. 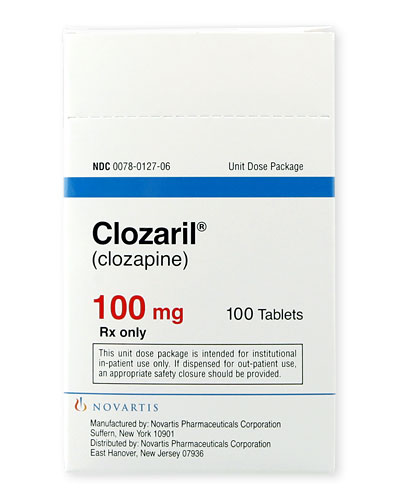