Clarity Review – 8 Things You Should Consider

Clarity is advertised as an herbal supplement designed to promote focus, calm and awareness which are often impaired by stress, daily overload or poor circulation to the brain. The main ailment claims made by Symmetry, the manufacturing company are short-term memory loss, poor circulation and impaired ability to concentrate.Symmetry is an US-based company founded in 1995. The company claims it is committed to developing state of the art products that are able to transform the lives of their patients. The company is based on a direct selling business model and is a member of the Chamber of Commerce, Better Business Bureau, and other business related organizations.

Clarity features the patented blend of herbs DeltaZorb, claimed to increase to up to 160% the amount of vitamins, minerals and nutrients absorbed by the body as compared to the absorption capacity of products which do not contain DeltaZorb.

Still a highly popular herbal ingredient today, Gotu Kola has been used for thousands of years for various medical purposes in India, China and Indonesia, as well as in some African cultures. While evidence is limited, Gotu Kola’s main medicinal uses are accounted to its cerebral tonic and circulatory stimulant properties. It is often advertised to provide stress relief, increase mental and physical power, promote relaxation and improve memory. There is evidence that it may also help with anxiety disorders such as obsessive compulsive disorder or social anxiety, although it remains to be seen to what extent and risks. Gotu Kola is believed to be well tolerated, however concern exists regarding its potential interaction with sedatives, diabetes medication, cholesterol lowering drugs and other type of medication. Side effects rarely reported include skin allergy, headache, upset stomach, nausea and dizziness.

The Ginkgo Biloba extract used in Clarity is standardized to contain two of the more than 40 active ingredients found in the herb. The Flavonoglycosides and the Terpene Lactones are believed to have potent antioxidant and blood enhancing properties. There are over 100 clinical studies available on Ginkgo which investigate its potential benefits in the treatment of mild cognitive impairment symptoms, early stage Alzheimer’s Disease, Tinnitus, memory loss symptoms, vascular dementia, etc. Many of these areas still require research however, as results were contradictory or evidence is insufficient.

For instance, a randomized, placebo-controlled trial studying the effects of Ginkgo Biloba (120 mg per day, six weeks period) in healthy adults found no benefit on several standardized neuropsychologic measures of memory and learning, whereas a study using a similar design and a higher dosage of Ginkgo (180 mg per day) revealed clinically significant cognitive benefits. Side effects include nausea, dizziness or stomach upset, whereas concerns exist regarding Ginkgo potentially interacting with blood clotting medication and increasing the risk of bleeding.

2) Details on Clarity Ingredients and Uses

3) Is Clarity Right for You?

Clarity represents a product that contains a mix of several herbal extracts that focuses on delivering increased physical energy as well as enhanced focus.

Even though it has been utilized for thousands of years in a large variety of medical purposes in India, Indonesia, and other African cultures, Gotu Kola is still a popular herbal ingredient nowadays. Despite the fact that the evidence and researches are limited, Gotu Kola’s uses concentrate on cerebral tonic and circulatory stimulant’s areas. By being often advertised as a mental and physical power as well as stress relief promoter, this ingredient may help with social anxiety or obsessive-compulsive disorders. Also, this plant is thought to be well tolerated in general. However, there is concern regarding the potential interactions with diabetes medication, sedatives, lowering drugs, cholesterol and another type of medicines. Even though rarely, side-effects may occur when taking this herb and include: headaches, skin allergies, nausea, stomach upset and dizziness.

Another important compound of this remedy is Ginkgo Biloba. The extracts that were used in Clarity are standardized to contain 2 of the 40 active ingredients that are found in this herb. The Terpene Lactones and Flavonol glycosides are known for their blood enhancing and potent antioxidant qualities. There are more than one hundred clinical studies made available to the public about Ginkgo Biloba, and they reveal its potential benefits for treating problems such as early stage Alzheimer’s Disease, memory loss symptoms, cognitive impairment symptoms and vascular dementia. However, further research is required to generally state its benefits.

There are online testimonials about Clarity, but only on the manufacturer’s official website. These include:

In comparison with similar products, Clarity can be found for purchase at quite high prices. The product can be found either on manufacturer website as well as other offline or online retailers. However, clients that buy it directly from the manufacturer website are provided with the option of obtaining a membership status that comes with membership prices and a lot of discounts. It is found in bottles containing 60 capsules. Therefore a bottle lasts for a month if taken two capsules per day. Discounts can also be offered if the remedy is bought in larger quantities. It is recommended to browse through the internet to choose the proper price.

Consumer reviews for Clarity are available exclusively on the manufacturer’s website, and thus must be treated with caution since they may be used as a marketing tool. No side effects are mentioned for the formulation. The manufacturer recommends taking 1 to 2 caplets daily.

8) Our Final Take On Clarity

Alternative herbal medicine has increased in popularity over the past decades, along with the extensive research undergone and clinical trials proving herbs may potentially benefit diseases, while also having fewer side effects than traditional drugs. Herbs are used to treat a variety of health conditions, from anxiety and stress symptoms, to cardiovascular and liver diseases.

Clarity is one of these herbal remedies advertised to support concentration capacity, memory and relaxation. Although the main ingredients have been studied and proven to benefit these areas, there is no evidence to support the effectiveness of the entire formulation. Consumer testimonials are also available exclusively on the manufacturer’s website, which makes it hard for us to objectively assess the formula’s effectiveness. Since the core ingredients may also cause certain side effects and potentially interact with other drugs, we strongly recommend you ask for a specialized opinion prior to use. 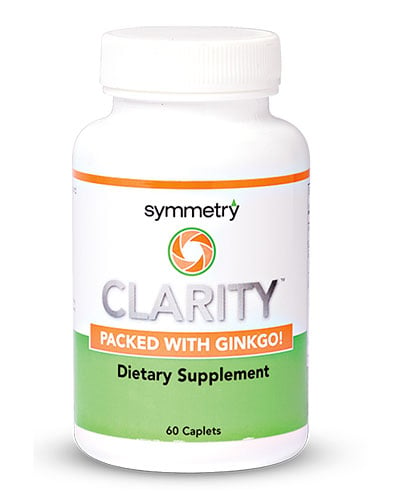 clear
Q:
What are the active ingrediens in Clarity?
A:

Q:
Clarity is all about what?
A:

Clarity is promoted as a supplement based on herbal extracts that helps promote calm, awareness and focus that are usually impaired by daily overload, stress and poor brain circulation. The manufacturers claim that the main areas in which Clarity has proven beneficial are: poor circulation, short-term memory loss as well as an impaired ability to concentrate. Due to the fact that the supplement has the blend of herbs called DeltaZorb, it is thought to increase the amount of nutrients, vitamins and minerals by 160% compared to similar products that don't have DeltaZorb.

Clarity represents a mixture of herbal extracts with only known ingredients that have been previously used in natural remedies. Among these, Gotu Kola and Ginkgo Biloba focus on the circulation, immune system and concentration enhancement and are known to help treat diseases such as Alzheimer's, short-time memory loss and cognitive impairment symptoms. However, there are some unwanted effects related to this treatment, and it is critical for people to stop the treatment if any occurs immediately.

All the testimonials made available about Clarity can be found on manufacturer's website and are positive. Because this is a supplement, to obtain desired results, it should be balanced with a healthy lifestyle that includes a proper exercising diet, as well as a good diet.

The truth is I’m quite satisfied with this product. Since I’ve started using it, two months ago I’ve noticed an improvement in my concentration. I can read better and pay more attention to what I’m doing. Overall, it’s a good product.