If you have been feeling stressed of late, you might end up feeling helpless, disillusioned and totally exhausted. This is an indication that you might be suffering from burnout, the physical fatigue due to mental strain. This can be a threat to your work, relationships, and health. Antidepressant medication have been the main solution offered for the treatment of depression and its milder or severe variants. Yet this kind of medications may either stop working or cause severe side effects. The trend is, however, quickly shifting to the use of supplements to treat depression. Well, among them are curcumin supplements which are now being packaged in the form of supplements.

Brain Curcumins is a product that is made by BrainMD Health to fight physical fatigue and help you maintain a healthy mood and cognitive functioning, while undergoing mental strain. Its active ingredient is LONGVIDA”® optimized curcumin turmeric root extract. When you find yourself under stress, it is recommended by the makers of this products that you take Brain Curcumins. It enables you feel calmer and contented, especially if you had been feeling anxious. It also boosts your working memory thus making you look sharper. Also, this product is billed to have the ability to help its users fight the fatigue associated with age.

Brain Curcumin is an antioxidant that has been shown by clinical studies to have the ability to fight fatigue caused by mental strain. In a 2009 study published in the Immunology Journal, it was suggested that products with curcumin have the efficacy to fight fatigue caused by mental strain. In another 2009 study published in the Scientific World Journal, it was noted that although curcumin has antidepressant effects, the exact mechanism that leads to this is not known. The same study suggests that the use of this turmeric extract in treatment of major depression is limited owing to its poor gastrointestinal absorption. The authors of this study recommend more clinical trials to ascertain the antidepressant efficacy and safety profile of Curcumin. However, the makers of this supplement claim that the three curcumin extracts from the turmeric have been optimized to ensure it is absorbed orally and delivered to the brain.

2) What Are Brain Curcumins Ingredients?

4) Precautions of Brain Curcumins Use

A study published in the Nutrients Journal established that Brain curcumin can be useful in preventing fatigue. The authors of the same study found that Brain curcumin did not show any subchronic effects. However, its efficacy as an antidepressant was not conclusively shown.

It is clear that Brain curcumin has antidepressant qualities. However, it is not known as to exactly how much of this one should take for it to work. Reviews of the product have some people taking a capsule a day, while others take as many as two capsules. It would have been much better if you could tell just how much of it you should take. Because of this, you might as well opt to use amino acid supplements. 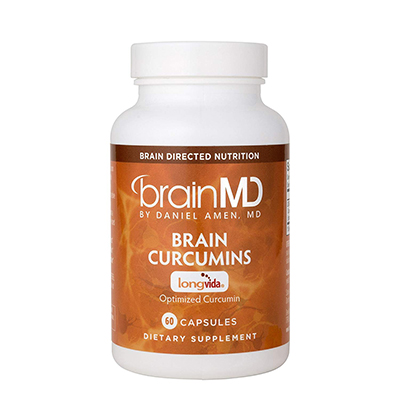