Arsenicum Album Review – Is it Effective?

Arsenicum Album by Hyland’s is offered as a homeopathic support for diarrhea. The manufacturer claims the formula works to stimulate the body’s own responses to the disease so that the body heals itself, which is one of the core principles of homeopathic medicine. The formula featuring a single ingredient (Arsenicum Album) is claimed to work without producing any unwanted side effects or interfering with other medications.

Hyland’s is one of the oldest pharmaceutical companies in U.S., having been founded in 1903. Currently, the company offers a wide variety of natural homeopathic medicines designed to treat a broad spectrum of conditions, from pain relievers to skin care products.

Arsenicum Album is recommended for adults and children and the dose should be adjusted accordingly. Pregnant and nursing women are advised caution, and explicit medical recommendation is advised. Also, the supplement administration should be stopped if symptoms persist more than 7 days, in which case a healthcare practitioner should be addressed for treatment adjustment.

1) Arsenicum Album at a Glance

Arsenic is a trace element, naturally occurring in small amounts in foods like seafood, poultry, grains bread, mushrooms, cereal products, and some dairy products. Some forms of arsenic are used as medicine, which is the case of Arsenicum album – is a solution used in homeopathic remedies which is prepared by diluting aqueous arsenic trioxide generally until there is little or no arsenic remaining.

Despite serious safety concerns that usually have to do with its reputation as a powerful and dangerous poison, Arsenic is successfully used in dilutions as homeopathic remedy. The array of potential benefits is rather large, including psychological problems and mood related issues, as well as physical conditions.

In homeopathy, treatments are based on the principle of “like cures like”. Particularly, a substance which may in large doses be the cause of undesirable symptoms can in homeopathic potency (dilutions of various concentrations) repel these similar symptoms out of your system.

3) Is Arsenicum Album Right for You?

The producers of Arsenicum Album portray this product as one that can be used to take care of a series of various ailments. Some of the common ones that people suffer from include allergies, headaches, fatigue, and anxiety. It is recommended to read the information on the website to find out if what you are dealing with can also be possible to resolve with the use of this product.

There are several different potency levels of Arsenicum Album to consider. Their website allows you to find the right strength for your needs. It is recommended to read the information displayed before you place and order so you can get the best results. The manufacturer recommends starting with a lower dose of the product until you find out how you will react. Then if you need something stronger, you can increase with your next order.

It can take two weeks or so for the effects from this herbal product to be noticed. It is recommended to give it that time to see if you notice improvements in your various ailments. For the best results, this product should be taken every single day. Don’t skip even on the days when you are feeling much better. The daily recommended dose will vary depending on the potency that you select. Make sure you follow the directions on the label.

According to the company, there aren’t any side effects that a customer using this supplement will experience. There are many people with good things to say about this product such as:

5) Precautions of Arsenicum Album Use

6) How Much Does Arsenicum Album Cost?

The cost per bottle of Arsenicum Album is $8.95. While the price doesn’t change based on potency, the number of pills you get per bottle will. Some bottles contain 160 tablets, and others contain 500 tablets. Either way, a bottle of this product is going to be more than enough to last for a couple of months.

Once you enter your location information, the shipping options and prices will be displayed. You can pick the one that works for you based on price and on the speed of delivery that you are after. There is a place to enter a coupon or promo code so it can be useful to look for such details before you complete the checkout process.

There isn’t a free trial offered on this supplemental product. There is a refund policy in place, but you must have the product unopened to be eligible. If you open it and try it, there is no refund. Before you send back the product, you must contact their support team for an RMA. There is a 15% charge deducted from the refund amount for a restocking fee.

There are no known side effects associated to Arsenicum Album, and other than pregnant and nursing women and children under the age of 3 there are no other categories which should consider extra precautions.

Proposers of homeopathy claim that highly individualized prescription that take into account a number of physical, psychological and emotional characteristics of the patient can be just as effective as traditional or alternative (Ayurvedic for instance) remedies. On the other hand there are others who claim that homeopathic solutions are sometimes so diluted to the point where there may be no molecules of original substance left, and hence no grounds for effectiveness.

There are no large scale scientific studies to support its effectiveness; therefore certain questions remain over its effectiveness. The formula reviewed here has received a limited number of reviews, mostly positive nonetheless. The fact that the price is low limits the risk associated to a lack of effectiveness. Remember to talk to your healthcare provider prior to starting treatment. 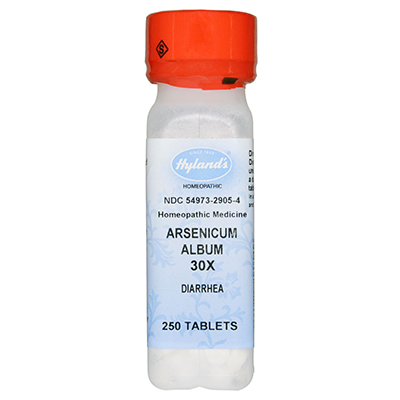 clear
Q:
What are the Arsenicum Album ingredients?
A:

Q:
Arsenicum Album is all about what?
A:

The company for Arsenicum Album talks about many ailments that this product may be used for. However, it is crucial to understand that they don't provide any documentation or reference any scientific information about the product. There is no information to explain how this product works or why it can work for so many different ailments.

There can be so many variables that affect any of these types of illnesses that are listed, though. Changes in diet, relationships, other health problems, and even how much sleep you get each night can all influence the way that you feel. It is very hard to determine if the changes that someone experiences are the result of using Arsenicum Album or some other variables.