The Lithium Orotate is a particular form of elemental Lithium that can treat several acute neurological diseases and problems such as a migraine, Alzheimer’s disease, bipolar disorder, and even diabetes.

This compound can benefit those looking for natural ways to solve health problems that have always been considered neurological, such as bipolar disorder and age-related cognitive decline.

With relatively low side effects and high potential benefits, lithium orotate is undoubtedly worth close consideration.

1) Lithium Orotate at a Glance

Most individuals are familiar with Lithium Carbonate, the drug traditionally prescribed for bipolar disorder, and assume that any lithium formulation is prescription-only, is not the case at all.

The lithium orotate has been studied as an effective treatment for alcoholism. It is considered by several to be safe and effective in treating various other conditions such as hormonal imbalance, bipolar disorder, insomnia, depression, and even digestive problems.

Currently, lithium orotate is not approved by the FDA to treat an illness or disease and sold over the counter as a dietary supplement. However, most individuals have been known to use Lithium for anxiety.

Lithium Orotate benefits have been clinically studied to some extent and have advantages in treating various mental/cognitive disorders. It has also been known to have neuroprotective capabilities and a beneficial effect on the central nervous system.

It is an effective inhibitor of glycogen synthase kinase 3 (GSK-3), which is the mechanism by which is believed to help treat bipolar disorder. This role has also been shown to have advantages in the treatment of Alzheimer’s disease, Schizophrenia, dementia, type 2 diabetes, and many metabolic disorders within the body.

4) What You Need to Know Before Taking Lithium Orotate

5) How to Take Lithium Orotate

By playing a neuroprotector ingredient, lithium orotate has demonstrated a wide range of abilities to help curb disease and disorders with roots in neurodegeneration.

It would be reasonable to say that through Lithium orotate’s ability to reduce neuronal damage, it has the potential to treat serious diseases that are believed to be rooted primarily in memory loss like Alzheimer’s.

Lithium Orotate is a potent compound in its ability to treat several major mental disorders and a plethora of other relevant medical conditions. Its neuroprotective properties have been compensated in the past by the cumulative toxicity of its large doses.

This supplement contains Lithium in the form of Orotate. The essential molecules are much more easily able to cross the blood-brain barrier, allowing them to manage a much smaller effective dose.

This lower dose offers all the advantages of lithium carbonate but does not cause any side effects. 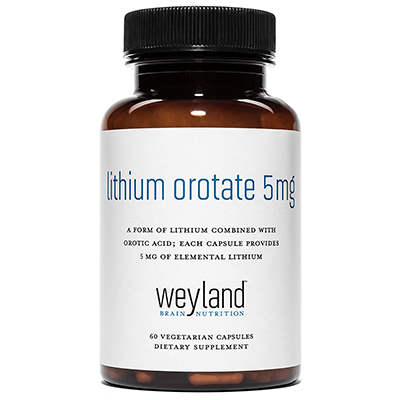