Telo-100 is a blend of 18 nutritional supplements targeted to prevent all three major causes of Telomere shortening: loss of Telomerase, oxidative stress, and inflammation. The formula is produced by the company Applied Health, an experienced manufacturer present on the nutraceuticals market for almost 20 years.

This formula is advertised as the first and only complex of pro-Telomere nutrients, including natural Telomerase activators. Telomeres are the protective caps on the ends of chromosomes that shorten with each cell division. Eventually these structures completely disappear compromising the cell’s health and leading to cellular aging and all the adjacent health problems.

Telomeres’ length can be however increased through the action of a certain enzyme called Telomerase. The naturally occurring compound is very active when we are young, but becomes less active as we age. This means that in time, Telomerase is less able to lengthen Telomeres, so the body becomes prone to common diseases caused by aging.

Telo-100 is promoted as an effective way to preserve the integrity of Telomeres by supporting the immune system and fighting against oxidative stress.

The formula is based on a complex blend of nutrients with powerful antioxidant qualities, including vitamin E and D3, some of the B complex of vitamins, herbs, and other nutrients renowned for their health benefits in this area.
Two proprietary blends are included in the product. The first is the Telomerase activators mix containing 10 ingredients, mostly herbal extracts. Milk Thistle extract is used for thousand of year as an herbal remedy for liver affections. Silymarin, the active compound in this plant protects the liver against various toxins known to affect normal function of this organ. Clinical trials also indicate that milk thistle extract can prevent and help with the treatment of cancer, diabetes, and high cholesterol. Silymarin has also been shown to act as a powerful antioxidant and anti-inflammatory agent.

Bacopa Monnieri, another popular herbal extract was also clinically proven as an effective antioxidant. Studies indicate it can prevent lipid peroxidation and help ease symptoms of diabetes including neuropathy, cardiopathy, and nephropathy. Bacosides, the active chemicals in the plant were observed to slow down the aging of the brain by promoting brain tissue regeneration. This has led researchers to investigate Bacopa as a potential treatment for Alzheimer’s disease.

Ashwagandha is an Indian herb famous for its anti-anxiety properties. Commonly used to ease stress, the herb is now being investigated as a treatment for neurodegenerative disease such as Parkinson’s and Alzheimer’s diseases. The benefits attributed to the plant come from its antioxidant qualities that make it an effective defense against free radicals, structures that are known to cause cognitive impairment, as well as cancers and premature aging of organs.

Based on the premise that Telomerase activity is affected by oxidative stress, the formula is conceived as a blend of various substances known to possess powerful antioxidant qualities including vitamins, amino-acids, herbal extracts, and chemicals such as Astaxanthin.

Although Vitamin D3 is not primarily known as antioxidant, recent scientific studies revealed its antioxidant qualities as well as the vitamin’s ability to repair DNA. Vitamin E instead is a well-known antioxidant chemical used as such for decades. Its ability to fight against free radicals is one of the main reasons for its popularity.

The formula also contains several B vitamins, namely vitamin B6, B9, and B12 known for their abilities to support the nervous system, increase energy levels, and prevent age-related cognitive problems.

N-Acetyl Cysteine is a popular antioxidant used in the prevention of various conditions related to the redox state of cells (oxidation), including cancers, Parkinson’s disease, or Alzheimer’s. The compound seems to be highly efficient in minimizing oxidative stress and its negative consequences on human health. It acts on the cellular membranes where it helps minimize lipid peroxidation. It also supports the synthesis of another free radical scavenger, Glutathione.

L-Arginine is an essential amino-acid particularly used within the circulatory system’s function. Namely, the nutrient has the ability to open the blood vessels which results in improved blood flow and circulation. The benefits that come from this action include a better immune system function, increased cognitive abilities, and a detoxification of the body. L-arginine is used as a non-prescription drug to reduce inflammation, improve athletic performance, improve mental capacities, improve kidney function, repair blood vessels, lower blood pressure, fight against various heart problems (such as congestive heart failure) , and treat dementia.

A bottle of Telo-100 containing 60 servings costs $147, a very high price for a nutritional supplement. However, this is not any supplement, it is a one of a kind type of formula designed to do more than a simple antioxidant supplement. The formula can be ordered directly from Applied Health’s. Free shipping is ensured.

Telo-100 features many other herbal extracts which are the subject of current investigations in various areas of the human health.

Telo-100 is a very expensive way to boost your immunity and protect yourself against oxidative stress, but is indeed a unique product. The producer claims it can effectively support Telomerase activity and increase Telomeres length- two complex causes of premature aging and numerous health problems caused by free radicals and immune system dysfunction. The main problem is that there is no scientific evidence to support the claims issues by the manufacturer and no consumer testimonials either. More so, looking at the ingredient list, we noticed that most of the key substances are frequently used in nutritional supplements offered as cognitive and immune boosting products. 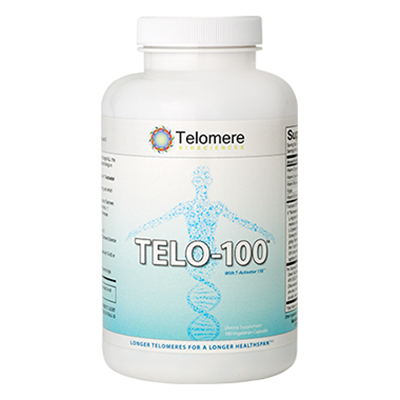 clear
Q:
What are the core ingredients in Telo-100?
A:

Telo-100 is a very complex formula designed to do more than the average antioxidant supplement, namely to support the activity of an enzyme directly related to the maintenance of immune function and prevention of oxidative stress. The main problem is that this is not a researched product, so the health claims of the manufacturer are not actually proven. We also could not find any consumer testimonials that would back-up the benefit claims, and for the huge price you have to pay for a month's supply you take a big risk. The best way to go in this case is to ask the help of a healthcare practitioner or your doctor.