Peritol Review – 8 Things You May Not Know

Peritol is an herbal supplement offered as a support for women affected by the negative symptoms of menopause. The company that seems to produce the formula is a certain Selmedica Healthcare. We were unable to find the official site of this company, however it seems to have a long history of complaints registered by the Better Business Bureau accreditation company. BBB is a non-profit organization created to inform consumers and businesses about the selling practices of various manufacturers. They offer specific data about the number and nature of complaints issued against a certain company and whether they have been resolved or not.

The manufacturer has also been warned by the FDA against its abusive market practices. It also seems like the CEO of this company has been involved in a fraud scandal that ended with him getting arrested and trialed in 2008. Information about this particular product is also reduced and sometimes contradictory. Official information is not available, and there also seems to be another product with the same name promoted as an anti-allergic prescription medication.

However, the little information we could find about Selmedica’s Peritol is that it may be effective in alleviating symptoms like irritability, aches and pains (bloating, cramps), moods swings, anxiety, and nervous tension symptoms.

The formula is an herbal supplement based on several key ingredients believed to reduce symptoms associated with peri-menopause.
Black Cohosh is one of the Peritol ingredients. The root of the plant is the part that is commonly used for medicinal purposes. The herb is a common compound of women supplements, used traditionally in the treatment of menopausal symptoms, premenstrual syndrome or for inducing labor in pregnant women. It also used to reduce acne, fever, rheumatism or bone conditions such as osteoporosis. Research involving this substance as a treatment of menopausal symptoms has shown positive, yet modest results. However, these trials involved a particular formula containing Black Cohosh and similar formulations may not produce these benefits. Further research is still necessary in formulating valid opinions in terms of action mechanism and safety issues. Common unwanted reactions reported by those who have tried such remedies are headaches, cramps, rash, vaginal bleeding and weight gain.

Pregnant and nursing women should take special precautions and avoid any supplement featuring this ingredient due to increased risk of miscarriage. Women diagnosed with breast cancer (or who have suffered from such a disease) are also advised to refrain from using Black Cohosh as it is believed to worsen the symptoms.

3) Is Peritol Right for You?

As stated above, Peritol is advertised as an herbal supplement that can help reduce symptoms associated with perimenopause. These symptoms include headaches, fatigue, insomnia, body pain, mood swings and bloating. The formula is claimed to help a woman’s body achieve a natural balance without feeling terrible for years until the menopause has been completed. The Peritol ingredients list features botanical extracts such as Flaxseed or Black Cohosh, traditionally used to treat symptoms associated with PMS and menopause.

Black Cohosh appears to be the key ingredient in this formulation. This plant is used today mainly inside dietary supplement marketed to women as remedies for symptoms associated with premenstrual tension, menopause, and other gynecological problems. However, the evidence we have does not support the Effectiveness of this ingredient. Concerns that the plant may cause stomach upset, liver damage, weight gain or vaginal bleeding or spotting have been formulated, although short-term use seems to be rather safe for most users.

Black Cohosh is usually well tolerated. It is important to note that Peritol has been approved for use by the FDA. The formula is claimed to be nonaddictive, making it useful as a long-term solution. Unfortunately, Peritol reviews are not available at this time. Hence e were unable to get a clear perspective on the formula’s Effectiveness and potential Peritol side effects.

5) Precautions of Peritol Use

6) How Much Does Peritol Cost?

The cost of Peritol will vary from one retailer to another. Please keep in mind that this product is no longer under production and consequently you may not be able to use Peritol in long-term treatment. There is a good chance to obtain this product at a huge discount as many retailers are trying to clean up their stocks. We also recommend a careful approach: it is important to make sure the purchased product is not expired.

Raspberry Leaf is another herbal ingredient believed to be beneficial for specific women affections. The leaves have been identified to contain high amounts of minerals and vitamins, particularly Magnesium, Iron and B-vitamins. The main advertised benefits in women are in improving sleep during pregnancy, strengthening the uterus and pelvic muscles (which may result in easier labors), reducing morning sickness in pregnant women, and regulating hormone levels- a feature particularly useful in menopausal women. Elevated hormone levels and hormonal imbalance are known to be responsible for many of the unwanted effects of menopause. Some of the most common reactions are hot flashes, night sweats, moodiness, and sleeping problems. Minor side effects may occur when using a raspberry leaf based product (whether it is a supplement or a tea), but proper research in terms of safety has not been published. Peritol side effects are not indicated (we could not find any reliable source that listed the unwanted effects), nor are there any viable Peritol reviews available for online consulting.

8) Our Verdict on Peritol

Peritol dietary supplement is offered as an alternative solution to women who want to reduce the intensity of common symptoms associated with menopause. However, the manufacturer and the formula itself is surrounded by a lot of controversy. Moreover, any official data concerning the product seems to have been withdrawn from the online environment (if there ever was such information available).

Peritol ingredients (found also on auxiliary review sites) seems to include several key substances that have more or less been the subject of scientific research. While a relatively increased number of side effects of these compounds were reported by consumers or revealed by the available research, we could not find any such information about the formulation itself. However, considering that the formula is a combination of unknown amounts from these substances, it is highly possible to experience some of the side effects associated with these herbal extracts. So in case the consumer finds the product at a local retailer, he or she should not purchase the supplement without being completely informed about all associated risks. 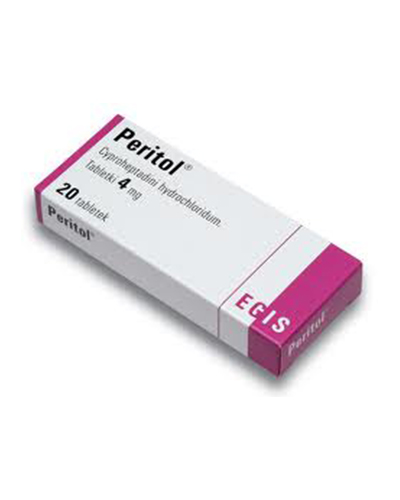 clear
Q:
What are the active ingrediens in Peritol?
A:

Q:
What is Peritol supplement?
A:

Peritol is a dietary supplement advertised to help assist with symptoms associated to menopause. The formula manufactured by Selmedica is claimed to assist with a broad spectrum of symptoms associated, from psychological issues (mood swings, irritability, anxiety and nervous tension) to physical manifestations of the conditions (bloating, crams and other specific aches and pains). Peritol Ingredients include botanical extracts such as Black Cohosh, Ginseng and Flax Seed, traditionally used to help women cope with PMS, menopause and other gynecological conditions. Peritol side effects may result as the sum of the side effects individually associated with its ingredients and other that spring from the interactions of these ingredients. Peritol reviews are however not available in order to achieve greater understanding of the extent to which the formula exerts its effects. The supplement has been discontinued from the market from unknown reasons.

The production of Peritol was discontinued for reasons not disclosed to the public. Therefore, this may not be a solution for those who are interested in long-term treatment with this same product. On the other hand, the very few retailers that are still selling this product will offer substantial discounts, regardless of quantity ordered. We believe that you should discuss the matter with your healthcare provider before establishing the proper treatment plan for your condition.

It works for me but makes me sleep alot