Omega-Blue Review – Is it Effective?

Omega 3 fatty acids have the potential to help people reduce the risk associated with heart diseases. Also, it can promote healthy skin while lowering cholesterol levels in the blood. Omega-Blue is a fish oil supplement that can help people out there in the world to experience all those benefits that are associated with Omega-Blue.

This supplement is manufactured and distributed by Blue Star Nutraceuticals, which is based in Canada. Worldwide shipping is also offered to this supplement for the convenience of users. They’re also the same company behind Blue Star Elevate.

Omega-Blue supplements can help people ensure the perfect balance between Omega 3 and Omega 6 fatty acids. This supplement is made out of pharmaceutical-grade ingredients. People will not have to experience any harmful side effects out of it in the long run.

From recent studies, it was identified that a variety of contaminants are present in the fish. Still, the manufacturers at Blue Star Nutraceuticals have taken necessary measures to eliminate those impurities.

In fact, Omega-Blue has been molecularly distilled to remove all the contaminants and make it healthy for humans as much as possible. As a result, this product has received the recommendation of the American Heart Association as well.

Many people don’t tend to consume fish oil supplements regardless of their health benefits because of getting nasty fish burps. But people who consume Omega-Blue will not have to worry about it.

That’s because the developers of Omega-Blue at Blue Star Nutraceuticals have introduced an enteric coating to all the soft gels to make sure that it is absorbed directly into the intestines instead of the stomach.

Omega-Blue can be defined as a pharmaceutical-grade supplement. It can help people maintain the perfect balance between Omega 3 and Omega 6 fatty acids.

As a result, it can help them to stay away from a variety of cardiovascular health issues. Another impressive fact about Omega-Blue is that it contains 75% less fat than a traditional fish oil supplement.

Moreover, it is a molecularly distilled supplement and does not come along with any contaminants. This supplement has also received the recommendation of the American Heart Association.

Omega-Blue is one of the few supplements that come along with Enteric Coating. In other words, every soft-gel found in this supplement is coated, and it would get effectively absorbed into the intestines.

The supplement would never get absorbed into the stomach, and it can deliver efficient results within a short period. On the other hand, it doesn’t give out any nasty fish burps, which can be experienced from other products that contain Omega 3.

Environmental contaminants in fish have received much attention in the recent past. However, Blue Star Nutraceuticals has gone the extra mile to ensure that Omega-Blue is 100% healthy for the consumers.

All the batches of Omega-Blue are extensively being tested to see whether there are any dangerous levels of heavy metals such as cadmium, arsenic, mercury, or lead. Therefore, people who consume Omega-Blue will be able to keep peace of mind in the long run.

5) What You Need to Know Before Taking Omega-Blue

6) How Much Does Omega-Blue Cost?

A bottle of Omega-Blue, which contains 90 softgels, is marked at a reasonable price tag of just $34.99. Worldwide shipping is also offered to it, and people who live in the USA, Canada, the United Kingdom, Brazil, France, India, Malaysia, Australia, and many other parts of the world would be able to purchase it online.

Omega-Blue can deliver a variety of health benefits for the consumers as well.

For example, it promotes cardiovascular health regardless of age, along with reducing inflammation. This product also promotes optimal fat metabolism. Moreover, people concerned about improving their brain functionality can think of purchasing Omega-Blue because of its ability to deliver results within a short period.

This supplement can also ensure emotional wellbeing among consumers. Moreover, it has the potential to enhance the appearance of hair and skin in an effective manner.

To summarize, Omega-Blue can be considered an ideal choice for the people looking forward to spending their money on the best quality fish oil supplements. It can deliver excellent results to people in the long run. The ingredients of it can’t bring any side effects as well. 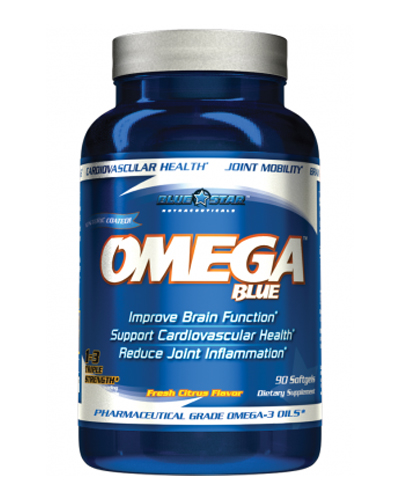 Customers Questions and Answers with Omega-Blue

clear
Q:
What does Omega-Blue contain?
A:

Omega-Blue has delivered impressive results to people who live in every corner of the world. Customer reviews available about this product on the internet bear testimonials to prove the fact as mentioned above. The recommended dosage is to take the soft gels 1-2 times before a meal. It can improve the brain functionality of individuals, along with contributing to heart health.

Also, Omega-Blue can keep people away from all sorts of cardiovascular diseases. It can deliver significant results that can last for an extended period. Therefore, any person who is concerned about heart health can think of purchasing Omega-Blue.