Marplan is a prescription drug used for treatment-resistant forms of depression. It is developed and distributed by Validus Pharmaceuticals, a US based pharmaceutical company with a focus on the neurological market. Their three main products are Marplan, Equetro and Rocaltrol, all of which are aimed at neurological or psychiatric conditions.

It is your doctor’s decision whether Marplan is the right treatment for you. If you have unsuccessfully tried several treatment forms for depression or anxiety, there is a possibility that Marplan will do the trick, but consumption of this product has been known to incur some risks. This is why it is very important to follow the indications on the prescription, to minimize the risk of negative effects taking place.

Marplan is one of few monoamine oxidase inhibitors still in clinical use, seeing as this class of medication is associated with a wide series of side effects. Like the rest of the drugs belonging to this class, it is normally prescribed in the cases in which conventional forms of medication have failed.

The mental disorders that this drug has been proven effective against are depression, social anxiety and panic disorder. It is also a possible treatment in case of Parkinson’s disease and other illnesses that incur dementia or depersonalization disorder, but the effects in these cases are not entirely certified.

As mentioned before, there is a large number of side effects associated with this medication, among which headaches, chest pain, weight gain, fainting, dizziness and tremors. It also has a lot of negative interactions with foods that contain tyramine, leading to the need of a carefully supervised diet while on this medication.

3) Does Marplan Work and it is Safe?

Marplan claims to be the type of medication that patients should use if other antidepressant proved less than satisfying. The typical antidepressant allows for the levels of chemicals in the brain to be increased to help with mood. This particular medication is a MAIO which is believed to work to raise the levels of all the chemicals in the brain instead of just one or two of them. There have been some studies for six weeks that indicate patients did respond well to the use of Marplan for both anxiety and depression.

Though studies indicated some results, they do not conclude that the long-term effects remain confident. The dose of it depends on the needs of the patient. The doctor will usually give a moderate amount of it and then increase it if needed to the right level. Marplan shows its first results after the first two weeks if taken daily. However, some people may be allergic to Isocarboxazid and thus, shouldn’t rely on this medicine.

Some side-effects seem to be associated with the use of Marplan. They include: dizziness, nausea, insomnia, and dry mouth. Some individuals experience server side effects that need to be immediately reported to the doctor. They include loss of vision, ringing in the ears, high fever, tingling in the extremities, fainting, and changes in heart rate.

5) Precautions of Marplan Use

The cost of Marplan mostly depends on whether or not your health plan has coverage over such products. Buying online might seem like a cheaper alternative, but the customer must keep an eye out for shipping fees and always compare prices from different suppliers.

Local retailers are an option as well, but the patient may be responsible for a co-pay or a deductible each time that they pick up a prescription of Marplan at the pharmacy.

The dosage of Marplan is to be decided by the doctor prescribing it; as for the patient, it is very important that he or she respects all the indication provided with the medication, as consequences of not respecting the dosages or the diet can be dire.

Marplan is a very effective drug and most of the people it was prescribed to claim that it helped them fight the disorders from which they suffer. The major drawback is that it requires constant supervision and care; an unsupervised diet or dosage can lead to lethal side effects.

If you were prescribed Marplan by your doctor, it is essential that you respect the indications that were provided. As with all prescription medication, do not alter the dosages or allow anyone else to use your medication. If you’re currently taking any supplements or are using treatment for any other conditions, inform your doctor, as Marplan might have negative interactions with these. 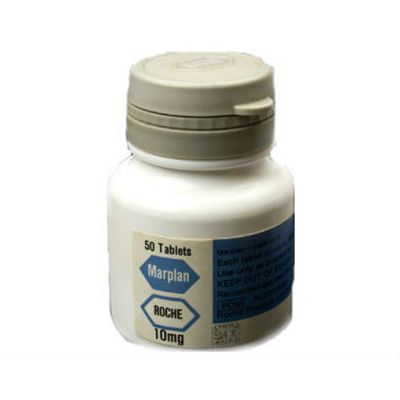 clear
Q:
What are the core ingredients in Marplan?
A:

Q:
Marplan is all about what?
A:

Validus Pharmaceuticals LLC may be a relatively new name, but this shouldn't discourage you in trying Marplan, especially when other antidepressants failed to achieve the promised results. Volunteers to test the product claimed they felt results after the first few weeks when taken daily, but research and studies only lasted a full six weeks from the initial dose. While inconclusive, this gives us some insight on whether or not this product is safe to use or effective. There have been cases where Marplan did more harm than good, but in all these cases, problems began appearing due to either an overdose or the product interacting with other forms of medication.