Magnesium Glycinate is a dietary supplement formulated to support the healthy functioning of several organs and systems from the human body. This formula is manufactured by an American based company called Vitality Products. Founded in 1980, the company is supposedly a pioneer and a leader in the nutritional supplements industry. Their formulas are advertised as high-quality and highly effective products.

While the manufacture does not specify the exact benefits of their formula, magnesium glycinate supplements are commonly used to promote restful sleep and reduce the negative consequences of sleep deprivation such as anxiety, depression, and fatigue.

Magnesium deficiency may cause irritability, emotional stress or depression symptoms, and insomnia. Magnesium is considered an essential element for the production of the neurotransmitter serotonin in the brain.

Serotonin is responsible for mood regulation with direct benefits on promoting relaxation, well-being and happiness, and getting a good night’s sleep. Low levels of Serotonin in the brain are among the leading causes of depression, leading to sleep disorders symptoms. Magnesium supplements are not recommended for people suffering from kidney failure, bowel obstruction, or particular heart-related conditions.

3) Does Magnesium Glycinate Work and it is Safe?

Magnesium is one of the essential minerals our bodies need to function correctly. It is found all over the body. In the bones, Magnesium completes calcium‘s work. In the rest of the body, Magnesium was known mainly for its beneficial influence on muscles, especially in the heart. An adequate intake of Magnesium might even help individuals suffering from arrhythmias and cramps.

Recent studies have discovered that Magnesium plays a critical role in the brain’s proper functioning as well. Individuals with magnesium deficiency might experience anxiety, depression, irritability, apathy, and headaches. Living and working in stressful conditions can increase magnesium levels used by the body, thus reducing the overall quantities of Magnesium in the body.

In 1968, a study concluded that adequate magnesium intake might be helpful in cases of depression, psychosis, behavioral disturbances, ataxia, and even seizures.

In a study developed by the neuroscientists at MIT and the Tsinghua University of Beijing, Magnesium has been discovered to play a crucial role as a brain booster. A proper intake of Magnesium is, since then, known to learn faster and improve your long-term and short-term memory. Initially, the study has been performed on laboratory rats. However, later studies conducted on humans have shown similar results.

5) What You Need to Know Before Taking Magnesium Glycinate

Magnesium Glycinate is recommended for adults’ use as a dietary supplement in doses of 1-2 capsules daily with meals. People already under medical supervision should always consult a healthcare professional before beginning treatment.

Magnesium Glycinate is a dietary supplement advertised as a top-quality product that delivers a high quantity of elemental Magnesium is a very absorbable form. It is a mineral and amino-acid-based formula highly researched and considered effective in helping with various conditions such as sleeping problems, headaches, or hypertension.

The formula is not clinically researched nor is FDA approved. Also, there are no consumer reviews posted online to evaluate consumer satisfaction and formula effectiveness. The manufacturer issues warnings against its use by individuals with known medical conditions or without medical consent. 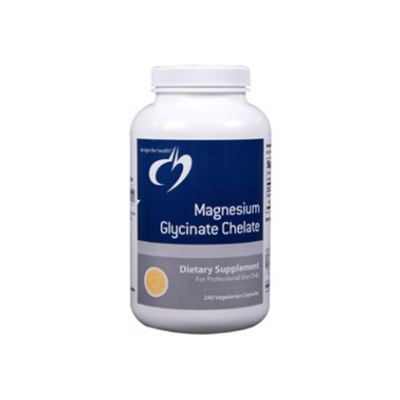 clear
Q:
What are the active ingrediens in Magnesium Glycinate?
A:

Q:
What is Magnesium Glycinate supplement?
A:

Magnesium Glycinate represents a dietary supplement formulated to support the healthy functioning of some systems and organs of the human body. This remedy is called Vitality Products and is currently among the leader in the nutritional field.

Although there are no specific uses for this product, it is thought to reduce the negative consequences of sleep deprivation while promoting restful sleep by containing magnesium glycinate.

Q:
Are Magnesium Glycinate benefits actually a reality?
A:

Magnesium Glycinate is a dietary supplement designed to provide individuals with the required magnesium levels to function correctly. Magnesium has been discovered to be one of the body's most essential minerals.

This mineral has input on almost every part of our bodies, from the bones to the muscles and even in the brain. However, only because Magnesium is of such importance for the body does not guarantee that a magnesium-based supplement accomplishes its supposed results.

This product is excellent in purity and potency. This form of magnesium is super absorbable and so it increases bioavailability of the mineral.

After reading a wealth of research about the effective use of Magnesium for treating migraines (including the book What Your Doctor May Not Tell You About Migraines), I decided to try it for myself. It took some time to find the right product. I’ve finished by purchasing this and I don’t regret it at all.