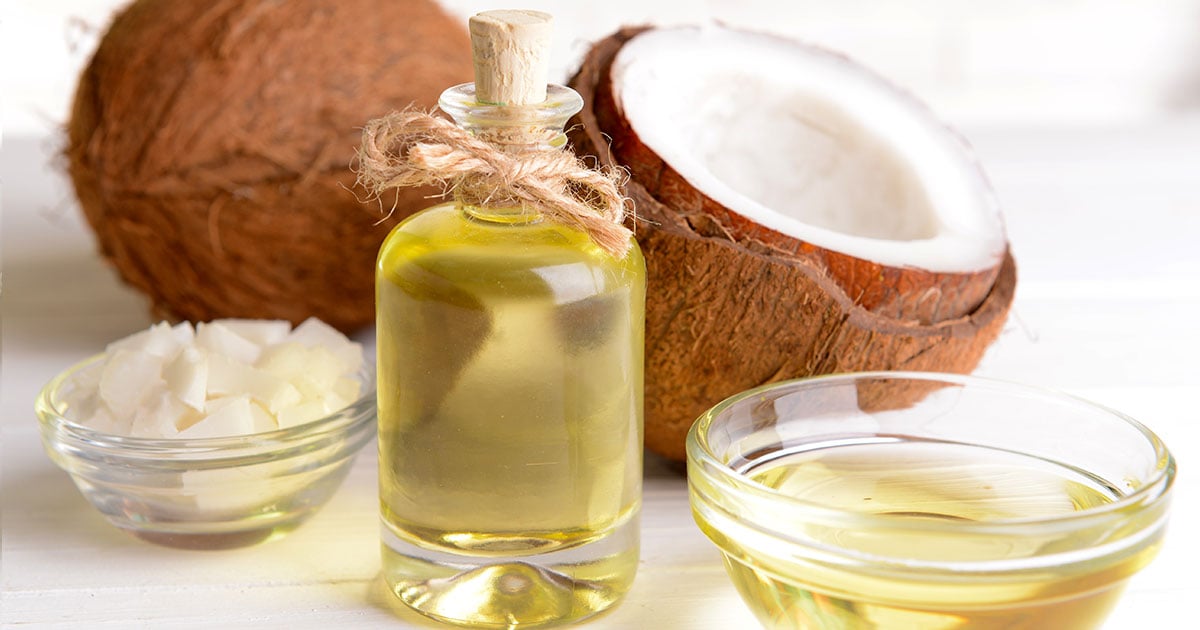 Coconut oil has been used for thousands of years; however, its health benefits went largely unnoticed because of its classification as a saturated fat. Society was instructed to avoid these types of fats, but, in recent years, we have learned a great deal about the value of coconut oil for brain health and overall health.

The nutritional significance of coconut oil is so profound that it is an essential component of baby formulas and many sports drinks and energy bars for athletes. Research shows that coconut oil can improve cognition, among a slew of other health benefits.

What Is Coconut Oil?

Coconut oil is a versatile oil extracted from the coconut palm’s fruit. It can be used topically or ingested. Because coconut oil is a saturated fat, individuals may shy away from consuming this nutritious substance for fear of weight gain or an increased risk of heart disease, but this is not an accurate depiction.

How Does Coconut Oil Support A Healthy Brain?

It is, in fact, these MCTs that promote cognition and help improve outcomes in disorders associated with cognitive impairment, like Alzheimer’s disease. Weighing in at just over three pounds, the brain usurps more than 20% of our body’s energy intake on a daily basis. Glucose, a type of sugar, is the primary source of energy for the brain; however, there is another substance that can provide our brains with energy.

When we consume coconut oil, the MCTs are metabolized and produce ketones. These ketones can be used as fuel for our brain cells. Supplying the brain with an additional energy source improves its cognitive function, including memory, attention, learning, decision making, and problem-solving. Also, the nerve cells in our brains are covered with a fatty coating. The fats found in coconut oil help the coating around the nerve cells repair themselves.

Coconut oil is also rich in polyphenols, which act as antioxidants. Antioxidants combat free radicals and oxidation reactions in the brain which lead to cell death. Polyphenols help to prevent or slow damage to brain cells.

What Does The Data Show?

In another study, patients were given MCTs, the primary component of coconut oil. This randomized, placebo-controlled study demonstrated stabilization or improvement in cognition in patients with Alzheimer’s disease. [3]

Other Health Benefits Of Coconut Oil

There is some evidence showing that coconut oil can help an individual burn calories and provides the body with increased energy; therefore, it may actually help to promote weight loss.

The lauric acid found in coconut oil has anti-fungal properties and is an effective agent against numerous bacteria. Because it has anti-microbial properties, it may be an effective oral rinse, as it has the potential to kill harmful bacteria found in the mouth.

It also is used cosmetically to improve the overall appearance of the skin. Coconut oil has been known to protect dry skin by boosting the amount of moisture the skin can hold.

Although more data is needed, there is some evidence to suggest that coconut oil is good for diabetics because it may help to improve insulin resistance.

There are several side effects associated with the use of coconut oil. A person using coconut oil or supplements containing coconut oil may experience diarrhea and abdominal discomfort.

Another concern with coconut oil is cholesterol. Although it has been shown to increase HDL (good cholesterol), there is evidence that it may also raise LDL (bad cholesterol). If you suffer from high cholesterol, then you may want to avoid or limit your intake of coconut oil. However, depending on what your exact levels are, your physician may give you the green light because of its numerous benefits.

It is important when selecting a supplement for coconut oil that you choose an extra virgin type. Extra virgin coconut oil is produced at cooler temperatures and does not use chemical solvents. By producing coconut oil in this manner, the super healthy antioxidant polyphenols are preserved.

Also, avoid anything with hydrogenated coconut oil. This indicates that trans fats may be present, and that is one type of fat you definitely don’t want to consume. There are no health benefits with trans fats, and they are very unhealthy for your body and brain.

Our Top 3 Supplements For Coconut Oil

We are strong advocates for coconut oil for brain health. It works in several ways to promote a healthy brain, and there is evidence to show that coconut oil does improve cognitive function. There are also many other health benefits associated with this oil. Our only reservation is the issue that it may increase bad cholesterol. If you have high cholesterol or are in a high-risk group for cardiovascular disease, speak with your doctor before starting any coconut oil supplements.

Yes, the substances found in coconut oil provide brain cells with energy, and coconut oil is rich in polyphenols, a type of antioxidant that prevents brain cell death.

Q:
Are there studies that support the claim that coconut oil can improve brain health?
A:

Yes, there are many animal and human studies that show coconut oil improves cognition.

Q:
Are there other health benefits associated with coconut oil?
A:

Yes, it can help burn calories, and it may be effective for people with type 2 diabetes. It also fights fungal and bacterial infections.

Q:
What are the side effects?
A:

Side effects include diarrhea, abdominal pain, and it may raise bad cholesterol.