Bio Energy Review – Is it Effective?

Bio Energy is a brain supplement designed to support cognitive abilities and promote positive mood. The formula is designed by True Recovery and sold through Amazon.com. We could not find any official information about this supplier or its activity in the nutraceuticals field.

This supplement features a very simple combination of active ingredients, namely Caffeine and L-Theanine. Although each chemical has its individual qualities, the product’s efficiency is claimed as higher due to the synergistic action of the pair. Theanine was included to fade out a common side effect of Caffeine consumption, the jitters. This allows the user to benefit of a sustained energy and concentrate on their tasks for a prolonged period. Bio Energy is claimed as 100% natural and it comes with a money-back guarantee.

At this time Caffeine is the most used energizer in the world. It is a potent central nervous system stimulant naturally found in foods and beverages. It is commonly recommended to restore mental alertness in people who feel tired and drained of energy. It is also a common ingredient in fat burners, energy drinks, and migraine medication. Studies have shown that Caffeine can be effective in preventing age related memory decline which is why it is also investigated as a treatment for dementia and Alzheimer’s disease. However, its long-term effects have not been evaluated and more research is needed in this area. Caffeine can cause stomach upset, irritability and agitation and can also interact with other substances. We recommend to ask the advice of a doctor before starting any treatment based on Caffeine.

L-Theanine is an amino acid naturally found in large amounts in green tea. The substance is most often prescribed to reduce stress, promote relaxation, improve sleep, and boost concentration and alertness. The calming effect appears because L-Theanine has the ability to stimulate production of certain neurotransmitters related to mood. Human studies on involving L-Theanine support its cognitive boosting benefits, as well as its anti anxiety and calming effects. L-Theanine promotes alpha brain waves- characteristic to calm but alert states. In these states, the subject feels relaxed but will not experience any drowsiness. Sleeping patterns also seem to be improved after L-Theanine use, meaning not necessarily that you will sleep longer but you will benefit of a more resting sleep.

3) What Does Bio Energy Do?

The formula has a very simple structure containing only 2 active chemicals.

Caffeine is the most common energizer consumed by modern men. The substance is included in numerous drinks, weight-loss powders or foods, and sports nutrition supplements. Caffeine has also been clinically researched in a huge number of trials and studies. These studies have demonstrated the chemical’s short term stimulant effect on the central nervous system. However, its long-term safety is not clear at this time as more studies are necessary in order to demonstrate the lack of harmful long-term side-effects. Like so many other natural substances, Caffeine too is researched as a potential help in the treatment of the incurable neurodegenerative condition Alzheimer’s disease. There’s no cure for this illness at this time.

Theanine, the main chemical in green tea is an amino-acid considered beneficial for human health due to its ability to promote relaxation, reduce stress, and improve alertness. Studies have shown that L-Theanine in combination with Caffeine has the ability to support concentration on mental tasks, also known as “alert calmness”. L-Theanine was shown to also be effective in reducing blood pressure in patients who suffered from such a problem while performing cognitive tasks.

A study on 44 participants investigating the effects of a combination containing 97 mg L-Theanine and 40 mg caffeine on cognitive performance, alertness, heart rate, and blood pressure reported positive results. The task accuracy and alertness were improved, while the subjects reported reduced levels of tiredness while performing the given tasks.

If you want to pair Bio Energy with a calming supplement for when you go to bed, we recommend checking our Irwin Naturals Stress-Defy Review.

5) What You Need to Know Before Taking Bio Energy

6) How Much Does Bio Energy Cost?

Bio Energy is sold on Amazon.com for $35.04. At this time, the formula is on sale and can be purchased for only $19.97. A money-back guarantee is also available for unsatisfied clients. The returning policy doesn’t seem very restrictive- consumers can even return the empty bottle and ask for their money back.

7) How to Take Bio Energy

Although the two compounds have different mechanism of action, their combination seems to be extremely beneficial for human health. The chemicals work synergistically and provide even higher benefits than individually. A 2:1 ratio of L-Theanine to Caffeine is considered optimal.

Bio Energy supplies adequate levels of both Caffeine and L-Theanine. A cup of coffee delivers around 100 mg of caffeine, so by sticking to the suggested dosage of 1-2 capsules daily you should experience the same increase in energy levels as when drinking your daily coffee. However, coffee drinkers should be careful when combining coffee with this product, as caffeine overdose can result in stomach upset, irritability, agitation, and other unwanted reactions.

The number of testimonials regarding this supplement is relatively high and most consumers seem to be satisfied with the experienced benefits. Of course, there are also some users who claim to have not experienced any improvements after taking the supplement, but this is not unusual. Each body is unique and no medication works for everybody. 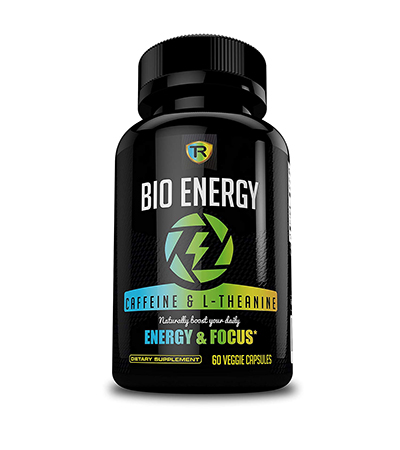 clear
Q:
What are the Bio Energy ingredients?
A:

Q:
Bio Energy is all about what?
A:

Bio Energy is a brain supplement advertised to boost mental energy, support focus and concentration, and improve mood. The company behind this supplement is True Recovery but we haven't heard about this supplier before, and we couldn't find any information about its activity.

Bio Energy is claimed as the #1 strongest Nootropic that acts very fast and is more potent than other supplements of its type. The formula is based on the synergistic combination of Caffeine with L-Theanine, in which Theanine has the role to smooth out the jittery effect of Caffeine. Both active ingredients have been researched for their potential benefits in the cognitive area. Caffeine was shown to act as a short-term stimulant for the nervous system, but the long-term effects haven't been determined. L-Theanine has been noticed to promote alpha brain wave activity- specific to the calm and alert state.

Their combination was also researched and a 2:1 ratio of L-Theanine to Caffeine was discovered to be the most effective in in providing cognitive benefits in humans.

The supplement features a combination of ingredients appreciated by users and scientists alike. Several studies support the claim that Caffeine's benefits can be strengthened when combined with L-Theanine. Most consumers seem to be satisfied with the results of this particular supplement, although there is a small percentage which did not feel any benefit or experienced unwanted side effects (headache, diarrhea, etc.) We recommend asking the opinion of an informed doctor before starting to use due to the fact that Caffeine has been observed to cause agitation and restlessness. These potential side effects can make the product dangerous for cardiac patients.