Ashwagandha Organic Review – Is it Effective?

LA Naturals Ashwagandha Organic is an herbal dietary supplement advertised to support stamina, enhance energy, and help the body adapt to the day to day stress. The formula is manufactured by a company called L.A. Naturals and features an extract of a very powerful and very popular herb: Ashwagandha. According to the manufacturer, the plants used to create the supplement are organically grown, hence contributing to the promotion of the product as a highly valuable supplement. Although there is no clear evidence of the formula’s effectiveness and contribution to the beneficial effects advertised, this herb has a long medicinal history and has enjoyed attention from various researchers around the world.

L.A. Naturals is a manufacturer of herbal remedies, homeopathic products, tinctures and vitamins, in a range that is distributed at international level. The company’s establishment dates back to 1982 and takes a traditional approach to healing a variety of modern conditions. The company claims to believe in continuous improvement of their product range, through research and dedication to enhancing the health of their customers.

LA Naturals Ashwagandha Organic is designed to be used by adults. In addition, the manufacturer advises pregnant and lactating women not to use the formula under any circumstances.

There is a large number of therapeutic effects associated with this herb. Most commonly, the plant is classified under adaptogens, a category of plants with the ability to help the body adapt to physical, psychological, and emotional stress. The plant is also known as a potent antioxidant, meaning it can help the body fight free radicals that damage vital functions of the body if left uncontrolled. Very popular for its neuro-protective benefits as well, the plant has been linked to preventing various forms of cognitive impairment, alleviating stress disorders (post traumatic stress disorder), and anxiety disorders (generalized anxiety disorder), Alzheimer’s and Parkinson’s disease.

Another very important claim of the plant’s benefits is associated to its immune system boosting effects. It appears that regular use may boost the body’s immune system and prevent disease. The immune enhancing benefits are currently studied in relation to fighting tumors and healing/preventing several types of cancers.The plant is considered safe if it is used for short periods of time. There are however certain side effects including vomiting, stomach upset, and diarrhea. Safety issues usually extend to pregnant and nursing women.

Ashwagandha Organic is an herbal supplement based on a single plant extract: the Ashwagandha root. The herb has been traditionally used within the Ayurvedic medicinal system specific to India. The plant enjoys much popularity as an ingredient of modern medicinal cures for a variety of conditions, particularly effective in treating ailments that are characterized by a lack of energy and depression and anxiety like symptoms. The plant has potent adaptogenic properties, meaning it helps the body adapt to stress and cope in various stressful situations.

Moreover, Ashwagandha is known for a set of neuro-protective effects that derive from its antioxidant abilities. Antioxidants help fight free radical damage as well as for its potent antioxidant function. Although research does not fully support the plants contribution to alleviating symptoms of cognitive impairment which leads to Alzheimer’s or Parkinson’s disease, there are encouraging results of clinical trials that suggest a connection.

The plant has also been linked to potential healing benefits in case of anxiety disorders including such as panic attacks or generalized anxiety disorder, and depression symptoms. Also, it appears that there are immune system properties relevant to the regular use of the plant. The plant may boost overall immunity and resistance to disease.

Several side effects might however exist, including a variety of gastrointestinal problems. The long term use implications, as well as its impact on pregnant and nursing women is not sufficiently researched, hence caution is advised.

For optimum effects, the manufacturer recommends taking 30 to 60 drops 2-3 times per day.

Because of Ashwagandha’s effects on stress and brain health, it’s also often included in memory boosters like Thorne Memoractiv.

5) Precautions of Ashwagandha Organic Use

The price of LA Naturals Ashwagandha Organic is affordable and similar to that of other products. The product is available in bottles of 1 oz, no larger volumes being manufactured at the time of this review. The price is a little more elevated than that exhibited by other Ashwagandha extracts at the same volume; however, it is justified by the fact that the extract is based on organically grown and wild harvested prime matter. Many online retailers however may offer discounts or promotional prices of the type two for one.

The manufacturer recommends taking roughly 30 to 60 drops of LA Naturals Ashwagandha Organic in water 2 or 3 times a day. No consumer testimonials or any kind of reviews could be identified online.

8) Our Verdict on Ashwagandha Organic

Herbal medicine has gained significant ground in the face of traditional medicinal practices. Many consumers choose less costly, and similarly effective herbal medicines to conventional drugs that come with side effects and a variety of safety recommendations. Ashwagandha is one of them, and draws its origins in the traditional Indian medico be safe for most people. A healthcare provider’s opinion is always recommended, hence we strongly advise you to seek one before using any dietary supplement.LA Naturals Ashwagandha Organic is potentially effective in the benefit areas advertised by the manufacturer and is a good alternative to similar products featuring this ingredient. 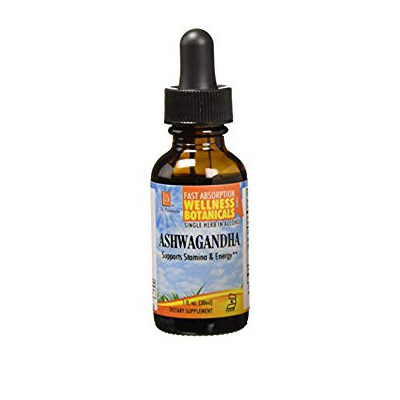 clear
Q:
What are the active ingredients in Ashwagandha Organic?
A:

Q:
What is Ashwagandha Organic?
A:

Ashwagandha Organic is an herbal dietary supplement advertised to offer stress relief, boost stamina, and enhance overall vitality. The formula is produced by L.A. Naturals, an experienced manufacturer of herbal supplements, homeopathic remedies, and vitamins. The formula is based on a single extract of the Ashwagandha root, a plant traditionally used by the Ayurvedic medicinal practitioners. The plant is best known for its antioxidant, neuro-protective, immune boosting, and adaptogenic properties. Ashwagandha Organic is not FDA approved.

Q:
Are Ashwagandha Organic benefits actually a reality?
A:

The formula being revised is advertised as an organic extract from the root of Ashwagandha, or Withania Somnifera as the plant is commonly known. This is a very popular herbal ingredient and the formula may achieve its purpose if we are to study the existing research and consumer testimonials confirming its energy boosting stress relieving properties.

Also, the formula is a fairly reasonable alternative (in terms of value for money), especially that it features the "organically grown" certification. You should, however, keep in mind that this, as all dietary supplements, is not FDA approved; therefore, a doctor's evaluation and consent are advised in case of deciding to start using this product.

Great stuff! I take 30 drops in my morning orange juice and I’m all relaxed and energized the entire day.

I always choose herbs over traditional drugs and Ashwagandha is excellent for my stamina. Keeps me alert, mind and body, all day long.