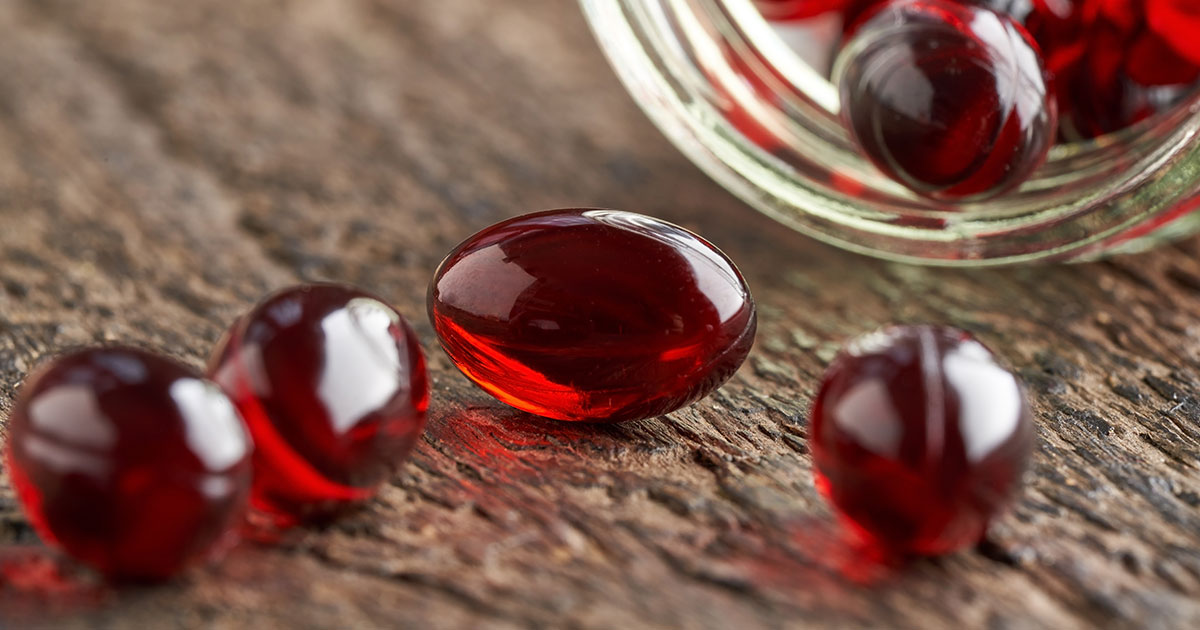 The popularity and market value of krill oil has surged in recent years and is projected to rise further. You might ask what is so special about krill oil. The answer – plenty! There are many health benefits associated with this oil, including improving brain health.

What is Krill Oil?

Krill oil is extracted from the bodies of Antarctic krill, which are tiny crustaceans or shrimp-like shellfish. They are a rich source of omega-3 fatty acids. You might be thinking that you definitely don’t want anything associated with fat in your diet, particularly with the obesity crisis facing the United States today; however, not all fats are bad. In fact, omega-3s can aid in weight loss by reducing the production of fat cells.

The main components of omega-3s are EPA and DHA. If you have ever been pregnant, you may recognize these substances, as they are present in many prenatal vitamins. EPA and DHA are necessary for proper fetal development, particularly for nerve and immune function.

Krill oil is also a powerful anti-inflammatory. Inflammation is associated with numerous diseases and decreased cognitive abilities. By reducing inflammation in the brain, cognitive processes, such as learning, concentration, and memory are enhanced.

DHA and EPA, the primary components of krill oil, are essential for the growth of nerve cells in the brain, which is limited in its ability to generate these substances. This makes the ingestion of DHA and EPA critical for proper brain health. They also impact brain cell signaling, which affects the neurotransmitters dopamine and serotonin. Because it improves the communication of these neurotransmitters, krill oil has also been associated with better mood and a reduced risk for depression.

What the Data Says

Another study was performed on human volunteers. Elderly males were administered krill oil over a 12-week period and had to complete working memory tasks. It concluded that krill oil activated cognitive function in its elderly patients. [2]

Other Health Benefits of Krill Oil

There are a variety of reasons, other than brain health, to incorporate krill oil into your diet. One of the most important functions of omega-3 fatty acids found in krill oil is that they help to prevent cardiovascular disease, which is the leading cause of death in the United States. In fact, the American Heart Association promotes omega-3s for this purpose.

Because it is a strong anti-inflammatory, krill oil may reduce symptoms associated with rheumatoid arthritis and joint pain. It can also help control pain and bloating from premenstrual syndrome.

Why Use Krill Oil Over Fish Oil?

Regular fish oil is derived from fatty fish like mackerel, tuna, trout, salmon, and sardines. It is cheaper to produce as opposed to krill oil, however krill oil is superior. One reason is that krill oil is better absorbed compared to fish oil. Fish oils are primarily bound to fats known as triglycerides, whereas the EPA and DHA in krill oil mainly travel as phospholipids, which makes it far easier for them to enter the brain.

Another interesting advantage of krill oil is that it contains the amazing antioxidant astaxanthin, while fish oil does not. The potency of astaxanthin as an antioxidant is stronger than that of Vitamin E and Vitamin A, demonstrating its obvious advantage. Astaxanthin also helps protect EPA and DHA in the body and brain.

Precautions and Side Effects

Krill oil is generally safe; however, it is known to have blood-thinning effects. If you are taking any types of medications that thin the blood, including medicines like ibuprofen, speak with your doctor before starting krill oil. Also, krill oil should be discontinued several days before surgery.

Side effects include a fishy taste, diarrhea, headache, heartburn, or upset stomach. These effects tend to be mild. Another issue is allergies. If you are allergic to any type of seafood, you should avoid krill oil.

Why Supplement With Krill Oil

The U.S. Food and Drug Administration recommends at least 2 servings of omega-3-rich fish a week. This would include fish like mackerel, salmon, sardines, tuna, and anchovies. Some people may not be able to incorporate this amount of fish into their diet, while others may not relish the thought of eating these types of fish at all. If this is the case, supplementation is a great option.

Our Top 3 Supplements For Krill Oil

We highly recommend Krill oil for brain health. Along with its evidence-based effect on cognition, it also helps lower cholesterol and reduces the risk of heart attack and stroke. Its health benefits are broad and established; however, if you are allergic to fish, you should avoid any supplements with krill oil.

Krill oil is extracted from a type of shellfish, and is a rich source of omega-3s.

Yes, it has been shown in studies to improve cognition, enhance learning and memory, and improve mood.

Q:
Does krill oil have other health benefits?
A:

Yes, it can help to prevent cardiovascular diseases such as heart attack and stroke. It is also beneficial for arthritis and premenstrual syndrome.

Q:
Does it have any side effects?
A:

The side effect are mild and include fishy taste, diarrhea, headache, heartburn, and upset stomach.

Q:
Will krill oil interact with my medications?
A:

Krill oil can thin the blood; therefore, you should speak with your doctor if you are taking blood thinners like Coumadin, Eliquis or Motrin.