Bach Rescue Remedy is labeled as an herbal remedy for those who are suffering from serious panic attacks problems. The product is manufactured by Nelson Bach USA Ltd., a private company categorized under Wholesale Pharmaceutical Products. The company is located in North Andover, MA, United States and it was founded in 1994 in Massachusetts.

This product is specially designed to calm the nerves of individuals who suffers from panic attacks. The supplement claims to provide natural relief from anxiety and stop the panic attack before it takes hold, making it a suitable product for people that are prone to losing their calm in stressful situations such as exams, receiving bad news or having to face deadlines.

While we were unable to find any scientific studies to support these claims, Bach Rescue Remedy contains several ingredients well known for their tension and nervousness relieving properties. We will analyze these ingredients, in an attempt to assess the product’s efficiency. Bach Rescue Remedy can be taken by people of all ages, from teenagers that have to face last-minute studying, to elderly people that have problems concentrating due to conditions brought on by age.

The product is available in the form of gum, pills, drops, or gel.

Maybe the key ingredient available in this product formulation is Star of Bethlehem, a plant native to Southern Europe. The plant is similar to garlic and onion and people from those regions are commonly consuming the plant as food.

Another important ingredient is Rock Rose extract that has been used to treat panic attacks, insomnia and anxiety. The ingredient can also be found in several other products manufactured by the same company. However, while the company claims Rock Rose is a key ingredient, we were unable to find any information on this particular plant. It appears that no medical tests have been conducted and no traditional background is available.

Herbal remedies have been around for a long time (maybe not as popular as they are now). These remedies may be a good alternative to prescribed medications and thus we encourage individuals to use herbal supplements over chemical drugs. However, we also recommend you to seek products with a well researched background, rather than trying remedies without enough positive testimonials and reviews.

3) Is Bach Rescue Remedy Right for You?

This herbal remedy incorporates several natural ingredients well known for their stress-relieving properties. It appears that the key ingredient in this formulation is the Rock Rose extract that has been used for years in treating panic attacks, insomnia, and anxiety. The ingredient can also be found in several other supplements and herbal remedies manufactured by Nelson Bach. The strange thing is that, while the manufacturer claims Rock Rose is a “miraculous ingredient,” we were unable to find conclusive information on the therapeutic effects of this particular plant. It appears that no clinical studies have been conducted on Rock Rose and its background as a traditional herbal remedy is not available. Evidence regarding its use in treating the symptoms of the conditions listed above is considered inconclusive.

The second essential ingredient is Star of Bethlehem, a plant native to Southern Europe. The plant is similar to garlic and onion and people from those regions are commonly consuming the plant as food. Star of Bethlehem, for instance, is thought to be helpful in reducing the psychological effects of trauma and shock (usually caused by an unexpected bad news or unwelcome events).

Cherry Plum is another rather unusual herbal ingredient of this natural remedy included here for its believed ability to induce a sense of calmness and reduce anxiety symptoms. According to the manufacturer, Cherry plum flowers are excellent remedies against the fear of acting irrationally (including feelings of harming oneself or others, feelings of losing control over a situation, etc.). Its long-term effects include a more peaceful state of mind and more relaxed mind and body.

Clematis seems to be a more researched herbal remedy that has been evaluated for its cytotoxic, anti-inflammatory, and antimicrobial qualities. Clematis is also believed to enhance mental acuity. Herbal remedies have been around for a long time, but in the past few years, their popularity has risen due to an increasing number of clinical researches set out to prove its believed benefits resulted from longtime medicinal uses.

Many scientists believe these natural remedies may be a good alternative to prescribed medications. We also encourage consumers to seek and use such supplements over pharmaceutical drugs, but always make sure that these unapproved treatments are safe.

One 20 ml bottle of Bach Rescue Remedy is available for a moderate price on the manufacturer’s web site, but it can be found at lower prices at many online retailers. Consumers can purchase this supplement in 10 or 20 ml dosages. As we have previously said, this product can be purchased from some online retailers, who offer specific discounts and pre and post sale facilities.

There is no official daily recommended dose for this product; however, we recommend caution, as excess of a health supplement can often prove dangerous.

Anyone who has ever experienced a panic attack knows how difficult is to recover once the attack begins. We do support companies that are offering natural alternatives for those who suffer from panic attacks and anxiety issues. However, we do believe that individuals should seek products that have been fully tested and their effectiveness has been fully proved. While Bach Rescue Remedy contains several herbal ingredients with well known properties in treating anxiety and nervousness, it lacks proper research to support these claims. Also, in order to ensure that they feel confident about their purchase, we recommend consumers to seek products with a free trial sample. 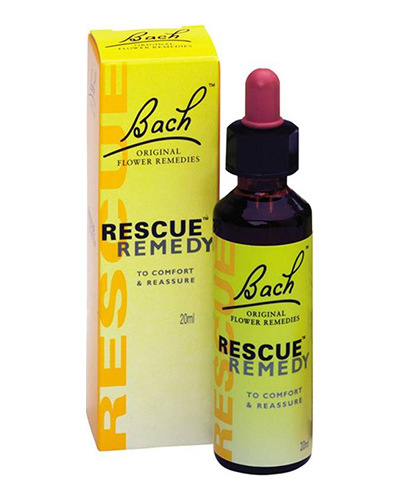 Q:
Bach Rescue Remedy is all about what?
A:

Q:
Are Bach Rescue Remedy benefits actually a reality?
A:

Anyone who has ever experienced a panic attack is well aware of how difficult it is to recover once the attack begins. Many companies are offering natural alternatives for those who suffer from panic attacks and anxiety issues. However, when it comes to these delicate problems, it is better to seek and try a product that has been fully tested and is proven effective in treating the specific symptoms. Unfortunately, while this is not one of those products it is true that it enjoys huge popularity among consumers.

The number of testimonials is rather high and most of those who already tried the supplement are satisfied with the results. Some of the reported benefits are feelings of relaxation, reduced anxiety attacks (both their intensity and frequency), reduced restlessness (including during the night), etc. While Bach Rescue Remedy incorporates some herbal ingredients with well-known properties in treating anxiety and nervousness, it lacks what we believe to be the most important element in treating mood swings and irritability: the natural mineral, Lithium.