Paneuromix represents Pan (i.e., everything or all in Greek) Neuro (i.e., the nervous system) and Mix. It is an organic nootropic supplement popular throughout Europe that is supplied by a company of the same name (i.e., “Paneuromix”) who are based in Las Vegas, Nevada. Developed by Dutch Neuropsychologist Dr. Roland Verment, it is aimed at helping users to stay concentrated and focused, support memories, improve planning and organizing and boost problem-solving abilities. The manufacturers claim that they developed a supplement that supports all the main cognitive functions like memory, focus and attention and mental energy. They also provide a 90-day money back guarantee.

Paneuromix is a dietary supplement designed to help users meet the needs of an increasingly hyperactive world. This product is classified as a brain enhancer or for further cognitive enhancement. The formulation aims to increase mental energy and drive, improve attention and concentration, enhance memory and increase mental calm. It is advertised as non-addictive and a safe alternative to brain-boosting drugs and stimulants. This product is from a Holland-based company called which is a relatively new in brain supplement business with few products. It is designed to improve memory and stimulate cognitive function by using active ingredients derived from natural sources. This helps to improve brain function while providing stress support to boost the mental performance of the user. It includes the following potential ingredients.

Alpha-GPC – Studies in rodents have demonstrated that it possess the cognitive properties, but there is little evidence that it offer the same benefits to humans. It generally increases concentration and problem-solving skills.

Bacopa monnieri – this potent herb extract is commonly referred to as “water hyssop” (a special herb that has been used as a cognitive booster for a long time). It is also traditionally used as a tonic for nerves. Research has shown that it has nootropic properties which mean it improves a person’s cognitive ability.

Ginkgo Biloba – It is known to improve circulation throughout the body, and especially towards the brain. This herb extract has been used in traditional Asian medicine to increase mental performance. Some studies have shown that it can also increase levels of GABA, norepinephrine, dopamine, and serotonin (essential neurotransmitters for optimal brain functioning).

Dimethylethanolamine (DMAE) – This active ingredient is often included in pharmaceutical cognitive enhancement products. It is a choline molecule that improves cognitive function by reducing the accumulation of beta-amyloid that is known as a pigment of age. The molecule also increases the levels of acetylcholine, which potentially improves memory.

L-Theanine – an amino acid that helps reduce heart rate and immune responses to stress. It induces relaxation of brain waves while increasing the production of feel-good hormones. This ingredient is included for controlling stress and keeping anxiety at bay.

Phosphatidyl Serine – another amino acid derivative that can contribute to cognitive function. However, it may have side effects to certain medications, so it is not entirely safe.

In general, the NZT1 formulation (Paneuromix) is good as it contains well-studied active ingredients that have been proven to provide benefits for brain enhancement. On the other hand, there are also ingredients that have not been thoroughly studied as effective or safe. Still, there are potential advantages of taking the formula since some feedbacks say it has helped them in one way or another. 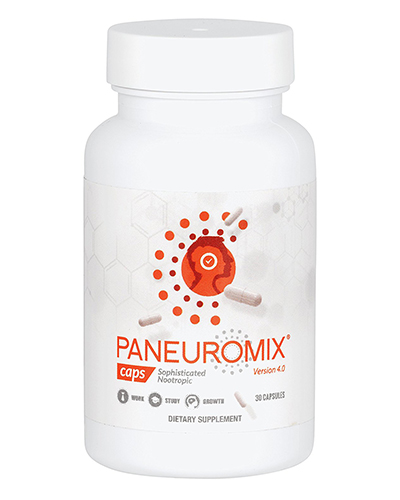