Ketamine is a mild anesthetic viable for both human and animal use. It is produced and distributed under the name of Ketanest by Pfizer, one of the leading companies in the field of pharmaceutics, which was founded in the US in the 19th century and began rapidly expanding as the pharmaceutical industry developed.

This product is normally used as an anesthetic in pediatrics, emergency situations as well as to alleviate the effects of breathing difficulties, nerve pain, or to supplement analgesics for spinal epidural anesthesia. It is also considered to have recreational uses by teenagers and adults due to its hallucinatory and dissociative effects.

Another possible use for Ketamine is as an anti-depressant, so it might be useful for people experiencing mild forms of depression. It is also helpful in dealing with symptoms of withdrawal, being successfully tested in heroic addicts.

Ketamine hydrochloride, the main ingredient in Ketamine, is a chemical compound known as a hydrochloride salt. It is mainly used as an analgesic, anesthetic, hallucinogen and broncho-dilator.

Ketamine has been widely used to induce and sustain anesthesia, particularly if it’s needed in local application. It can also be applied topically to reduce nerve or neuropathic pains.

Another common use for the substance is in asthma patients and people diagnosed with similar diseases, as it has broncho-dilating properties, facilitating breathing for this group of people.

Research is currently being conducted regarding additional properties that Ketamine might have. Among these, anti-depressant properties have been discovered when small doses were regularly administered to people suffering from severe and mild depression. It might also have benefits for people experience substance addiction, as testing proved that a large number of people attempting to quit substance abuse that were treated with Ketamine experienced a full recovery.

It is not considered to be a physically addictive substance, however it has been used as such by different age groups, due to its dissociative and hallucinogenic qualities. Administration without proper supervision and carefully administered doses is discouraged, as the potential side-effects of this substance include delirium, nausea, tachycardia and hallucinations.

2) Details on Ketamine Ingredients and Uses

3) Does Ketamine Work and it is Safe?

Ketamine contains Hydrochloride, and it is an injectable liquid when it is used as an anesthesia to help numb parts of the body or to put a person completely under during medical procedures. Ketamine has been continually abused by both teenagers and adults alike, being sold on the black market at a lower price. Usually found in a stable, powder form, it is not injected, but snorted by such consumers.

The dangers of Ketamine don’t stop here, nor it’s illegal to use. Teenagers that are aware of its effects usually buy the substance and insert it in women’s drinks. The victims usually don’t suspect a thing, as Ketamine has no color or particular odor. It not only causes temporary amnesia but even hallucinations and a trance / dreamlike state in some individuals. If a high amount of this medication is administered in any person, over time, it might cause depression, respiratory problems, or ever motor functions.

There is a high-risk factor involved, so knowing more about what you agree to take before an operation can often mean the difference between a successful intervention and a fatal one. Ketamine is useful to the degree that it is potent and to this extent, it is very potent indeed.

Usually, prices depend on the anesthesiologist, as well as the doctor when a human wants Ketamine. Veterinarians, on the other hand, might be a bit more expensive. Health insurance or pet insurance usually cover and pay the use of Ketamine, but when used illegally, the black market offers it at an unparalleled price. This type of substance is illegal to carry around unless controlled by a doctor or veterinarian.

Consulting a physician before attempting to use this drug is highly recommended due to the numerous side-effects of Ketamine and the need for intravenous administration.

While the effects of Ketamine are medically attested and it is frequently used to treat a series of conditions, consuming it for any reasons other than strictly medical ones is strongly discouraged. It has numerous negative effects and, while the risks of physical addiction are very low, there is a chance for the hallucinogenic effects to cause psychological addiction, particularly in teenagers and young adults.

If you’re considering Ketamine, we advise that you consult your physician and conduct your own research before making a decision regarding purchase. More information about this product can also be found on Pfizer’s website, along with a list of recommendations for usage. 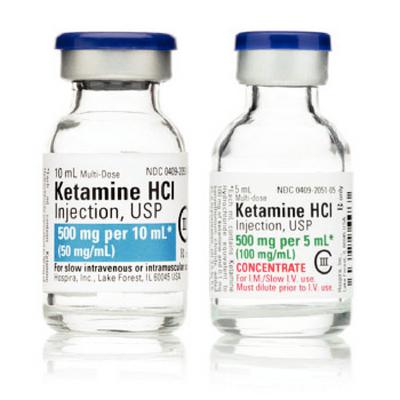 Customers Questions and Answers with Ketamine

clear
Q:
What are the active ingrediens in Ketamine?
A:

Q:
What is Ketamine supplement?
A:

Ketamine (also known as Ketamine hydrochloride and Ketamine hcl) is an anaesthetic drug with hallucinogenic properties. For medical purposes, Ketamine is used to improve blood pressure, in anesthesia, as well as in treating persons with bipolar disorder or major depressive disorder. Ketamine can be beneficial for the human brain and body, but its effects are not all positive, especially if taken for a long term, so caution is advised.

Q:
Does Ketamine work?
A:

Ketamine is probably one of the most controversial substances when it comes to safety before and after usage. Depending on body type, age, weight and several other factors, medics give you a heads-up on what risks are involved. This form of anesthesia is often required to perform more complicated procedures, and a patient's life is more at risk without it administered than with it. If viewed with such an angle, one might say the risks and benefits balance out.