Tegretol (brand name for Carbamazepine) falls in the category of prescription medication and is an anticonvulsant and specific analgesic that helps reduce and control epileptic seizures. Also, the product is effective in trigeminal neuralgia, a disorder manifested through intense pain in the face area, originating in the trigeminal nerve.

The manufacturer claims the exact mechanism of action of the drug remains unknown. Controlled clinical tests have proven the product effective in the treatment of psychomotor and grand mal seizures, as well as trigeminal neuralgia.

The manufacturing company is Novartis, a business which currently operates in 140 countries and is based in Basel, Switzerland. Novartis is a worldwide reputable company, with a global Pharmaceuticals portfolio including more than 60 key marketed products, marketed under several brands.

Tagretol is a form of prescription medication, therefore it should not be administrated if not prescribed by a doctor.

Tegretol is indicated for use as an anticonvulsant drug. Drug controlled studies have been conducted to prove its effectiveness in patients with partial seizures, generalized tonic-clonic seizures (known as grand mal) or mixed seizures. Absence seizures (or petit mal) do not appear to be controlled by Tagretol.

Contraindications include patients with a history of previous bone marrow depression, hypersensitivity to the drug or known sensitivity to any of the compounds, or patients who are under treatment with monoamine oxidase inhibitors (MAO inhibitors).

Tagretol side effects are rare, but serious and may include skin rashes, sores in the mouth, hives, blistering or peeling of the skin, severe fatigue, easy bruising, bleeding gums or nose bleeds, suicidal thoughts, irritability or panic attacks.

3) Does Tagretol Work and it is Safe?

As stated above, Tegretol is a form of prescription medication. According to the manufacturer, this formula can help change the brain function so that epileptic seizures are reduced or even eliminated. Tegretol has been used to help with seizures in children as well as adults.

The manufacturer also claims that there is some evidence to suggest that Tegretol is effective in treating bipolar disorder as well. However, there is little information in that area, and additional clinical studies and researches are required.

The daily dose can range from 100 mg to 300 mg. The treatment will depend on the need of the patient. Most of the time a lower dose is offered but then it will be increased if needed. Tegretol is a slow-acting drug, and it may take weeks or months for the first results to be noticed.

Individuals with liver or kidney problems should be carefully monitored while using Tegretol or Carbamazepine. This formula can easily interact with other forms of medication, so it is strongly recommended to talk with your doctor before taking Tegretol.

Blood tests should be conducted to make sure levels of red and white blood cells don’t drop while using this form of medication. Some side effects reported include nausea, dizziness, changes in appetite, and itchy skin. If thoughts of suicide occur or behavior becomes erratic, a doctor should be notified immediately.

6) How Much Does Tagretol Cost?

The brand name is Tegretol, and the generic name is Carbamazepine. Tegretol is an expensive form of medication. For those who are paying for this medication out of pocket, it is best to get the generic version because it will cost less. Not all health plans or prescription coverage plans will pay for such medications but many wills.

Dosage is established by the physician and depends on the disorder the product is used for, age of the patient and severity of the condition.

Tagretol is the brand name under which Carbamazepine is sold by Novartis. This is a prescription medicine used to treat certain types of seizures (partial, tonic-clonic or mixed) and certain types of nerve pain (such as trigeminal neuralgia). This is not however a regular pain medicine and should not be used for aches or pains, and, like any prescription drug, has been associated with a list of potentially harmful side effects.

The drug should be used on medical prescription and only after a thorough examination and evaluation of the patient. 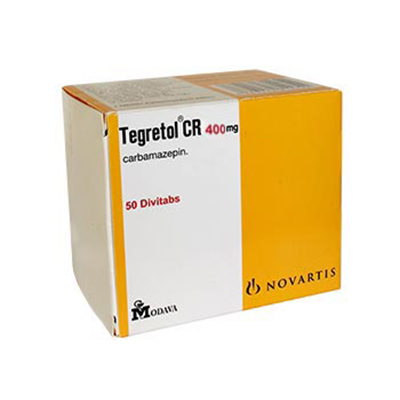 clear
Q:
What are the core ingredients in Tagretol?
A:

In the end, the only one entitled to decide if this drug is good for you is your doctor. Tegretol is a form of prescription medication that cannot be obtained legally without a doctor's written consent. It is never recommended to purchase Tegretol from questionable sources.

As with all prescription drugs, this formula was associated with various side effects too. Therefore, close medical supervision is required for patients who are taking Tegretol.