Schuessler Tissue Salts Cleanser & Conditioner is a dietary supplement offered my Martin & Pleasance claimed to support healthy hair, skin & nails and offer temporary relief of excessive perspiration and help with pimples, boils, and ulcers. The company that developed this formula is located in Australia and has been producing supplements for over a century. They mainly provide homeopathic products and claim to use traditional manufacturing processes still.
According to the manufacturer, this formula is suitable for the whole family. It does not contain common allergens and may be taken together with other forms of medicine. The makers state that individuals with hair, nails and skin problems should benefit the most from taking Schuessler Tissue Salts Cleanser & Conditioner.

2) Does Schuessler Tissue Salts Cleanser & Conditioner Work and it is Safe?

Schuessler Tissue Salts Cleanser & Conditioner is a homeopathic formula that contains only a minuscule amount of silicon dioxide in a lactose base. After reviewing the ingredient list, it is unlikely that this formula will have an effect on the dieter. Both Silicon dioxide and Lactose are simply inert substances, commonly used in the pharmaceutical industries in the production of tablets and capsules.

This should come as no surprise since homeopathic products mostly contain inert substances. Most finished homeopathic formulas are so dilute it is hard to detect even a single molecule of the substances previously dissolved in it. In contradiction with pharmacological science, homeopaths believe that a formula’s potency increases with dilution. This whole theory is based on water having a “memory,” an idea firmly rejected by the scientific community.

Homeopaths state that water can remember the substances previously dissolved in it and act in a similar way to the full-strength compounds. If that were the case, critics say that water should be a cure for every imaginable condition since throughout the history it has come into contact with basically every substance of Earth. Scientists have concluded that homeopathy cannot work inconsistency with the established laws of nature.

The suggested maintenance dose is four tablets daily. In the case of acute conditions, increase to 6 tablets per day, one every half an hour.

Homeopathic products are usually inexpensive, as is this formula. Schuessler Tissue Salts Cleanser & Conditioner is sold by 125 tablets, and each bottle should be enough for approximately one month at the recommended dosage.

It can be purchased from numerous sources, online and offline. Probably the most convenient way to acquire this product is to order it directly from the manufacturer.

Homeopathy is considered to be quackery within the medical community. Numerous scientific studies have been conducted over the years to determine the efficacy of the homeopathic formulation. All of those studies which were double-blinded and placebo controlled turned up negative results. Today, such studies have been discontinued since researchers believe further studying homeopathy is not worthwhile.

We could not find many positive testimonials online about Schuessler Tissue Salts Cleanser & Conditioner, a fact that further grows our concerns. We advise our readers to further look into homeopathy before purchasing such products. 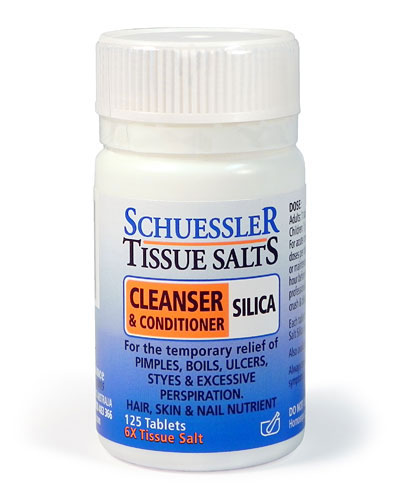