Liver Stabil is advertised as a dietary supplement that was designed by William Llewellyn and is designed to provide nutritional support to people following a strict physical regime and take liver-stressing medication or those who desire an improvement in this area.
The company of William Llewellyn is called Molecular Nutrition and was founded in 2001 as a way of combining sport nutrition technologies with development, research and clinical validation. They claim that their secret is the fact that they try to create remedies with new technologies that directly impact the athletic world instead of relying on already existing combinations of ingredients. Another different feature of this business is the fact that they state to allocate the most amounts of money into the research and new discoveries in the area of natural supplements and, because of this, they even possess some patented blends.
This formula is in fact a combination between some vitamins and a proprietary blend featuring some herbal extracts and amino-acids. By balancing the health of the liver, this remedy should also have beneficial effects on the entire organism, mainly due to avoiding potential complications linked to its damage or malfunctioning. For instance, if a person uses prophormone, steroids, or methylated supplements, the chances of affecting the liver rise, thus a treatment with Liver Stabil may help lower the negative effects.

2) Is Liver Stabil Right for You?

Presented as a dietary supplement which should prove reliable for bodybuilders and athletes, especially when consumption of liver-stressing medication is also involved, Liver Stable features a proprietary blend mixed with a series of vitamins and minerals. However, it is important to state the description of the product reveals the fact that it may lead to an increase in hunger which means that there is a high possibility that people consuming it will end up eating more.

For instance, one of its components is chicory, an herb utilized for its roots which can be processed for medicinal purposes. One of its properties is helping with constipation, gallbladder and liver diseases, rapid heartbeats, and in some cases, cancer. Furthermore, it has also been used as a “tonic” which increases production of urine, thus balancing the stimulant effects of coffee. It is in fact a rich beta-carotene source whose root may sometimes determine a laxative effect by increasing the bile from gallbladder and decreasing swelling. Viewed as safe when taken by most of the adults, this ingredient is pretty unsafe when applied directly to the skin because it can lead to some irritations. Furthermore, people sensitive to plants from the family Compositae such as marigolds, daises, ragweed, and chrysanthemums may experience an allergic reaction on using products based on chicory as well.

Nursing or pregnant women are advised not to take this remedy due to possible complications which may appear on its utilization.

There are online customer testimonials about Liver Stabil. What is being reported includes the following:

Found in a capsule form by bottles containing 90 of them, Liver Stabil is sometimes regarded as an expensive product, particularly when compared to other dietary remedies that have the same promised results. It can be purchased either directly from the manufacturer’s official website or other online distributors. Considering the fact that the daily serving dosage is of three capsules, a bottle is usually sufficient for thirty days of treatment. For regular customers, there may be some discounts or promotions offered by some retailers. If the shipping costs are too big from purchasing the product directly from manufacturer website, people should try browsing the internet for a retailer with more affordable shipping costs.

4) Our Verdict on Liver Stabil

Designed as a remedy that promises to enhance the health of a very important organ in the human body, Liver Stabil is recommended for athletes and bodybuilders who are over-stressing their organisms with intense physical activity and possible steroids or methylated supplements. On a general note, it features a proprietary blend mixed with a series of vitamins which should make the supplement more accessible by increasing the rate of its absorbency. Despite the fact that its price is sometimes regarded as too expensive, people should keep in mind that this natural approach is destined mostly for people wanting to gain muscle mass. 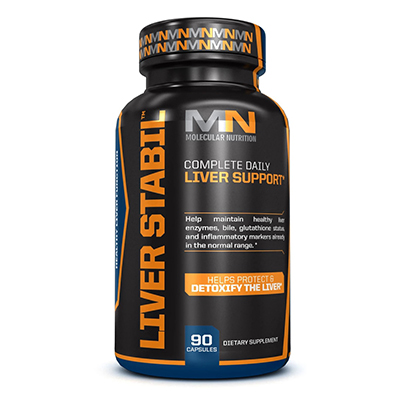