Vinpocetine is a simple one ingredient supplement, which can enhance blood flow and increase memory. It’s sold by the Nevada company Life Enhancement, which was founded in the 1980s. They have a long history of creating quality products. This may be due in part to their advisers who include medical doctors and other professionals with knowledge of nutrition.

Periwinkle was traditionally used to reduce headaches, as it and its derivatives can increase blood flow in the brain without increasing pressure. It may even reduce blood pressure by small amounts. Like an amino acid, it’s demonstrably effective at penetrating the blood-brain barrier in humans and monkeys. Periwinkle herb has been used for countless years as medicine, and with vinpocetine, some people believe that vinpocetine supplements contain only the good parts with no downsides. It’s meant to enhance cognition and some people do report that it’s effective at doing this.

3) What Does Vinpocetine Do?

Vinpocetine is a derivative of periwinkle plant extract (Vinca minor) also known as Cavinton. It’s used as medicine sometimes although it just barely fits the DSHEA definition of a dietary supplement. It’s thought that Vinpocetine can help ward against cognitive decline and issues like Alzheimer’s disease. This is because it can increase blood flow in the brain, and may protect brain cells against certain types of injuries. It can be taken as part of treating seizure and stroke too. Vinpocetine has been researched well enough to come up with studies that say it can improve thinking skills, but more comprehensive double-blind studies are needed. Since it can have side effects like headaches or weakening your immune system, it’s a little unclear if vinpocetine is worth taking as a stand alone supplement. It may be better in nootropic stacks than something by itself, especially since its effects won’t be optimally effective for everyone. It’s best to see a doctor before deciding to take this product.

Each gelatin capsule contains 10 mg of Vinpocetine. Directions state to take 1 capsule 4 times a day, with meals and at bedtime, or as otherwise directed by your doctor. Only adults should use this product. It’s not known how vinpocetine really works, but it may have a wide variety of uses.

Bottles come with 120 capsules in each, and if you follow the directions, that bottle will last about a month. The price is around average for a supplement, perhaps a bit under average depending on where you can find it.

The most common dose in scientific research is 15 to 30 mg daily, with some studies going up to 60 mg (20 mg with each meal). There’s one study which found an increase in reaction time with a 40 mg tablet of vinpocetine, but vinpocetine did reduce reaction time in some people.

Despite a lack of research, vinpocetine is a popular ingredient and people often take supplements of it. They report feeling better, with clearer minds and sometimes a slightly improved memory. Whether or not it works for you is something that can only be verified through your personal experiences. In general it might be recommended that you look for a nootropic stack which includes some vinpocetine in an established formula, as that has a better chance of guaranteeing the best results for you. Still, there’s no harm in buying a supplement which only contains vinpocetine – that might be works best for you. 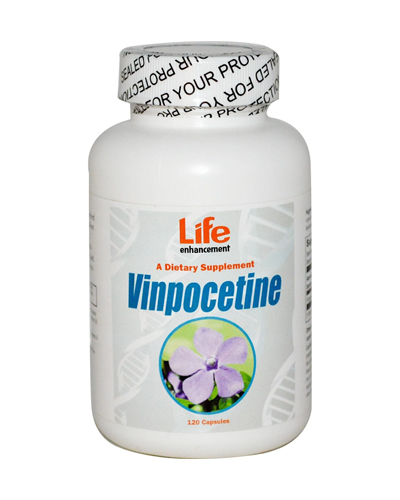 Customers Questions and Answers with Vinpocetine

clear
Q:
What are the core ingredients in Vinpocetine?
A:

Q:
Are Vinpocetine benefits actually a reality?
A:

One reviewer said that the capsules are small and easy to swallow. They also do not contain magnesium stearate, which is a selling point for some people. Some people love vinpocetine and say it does a lot for them. Clinical research shows it can help with mental clarity, but most trials have yet to truly verify its uses. There are studies praising it, but they're often old or not put together well. Independent research and user reviews are the most current reliable sources for whether or not vinpocetine works. And it seems like it does, in small amounts, with people using it for all sorts of things, including tinnitus. An anonymous reviewer said "this is the most effective brand of Vinpocetine you can get."